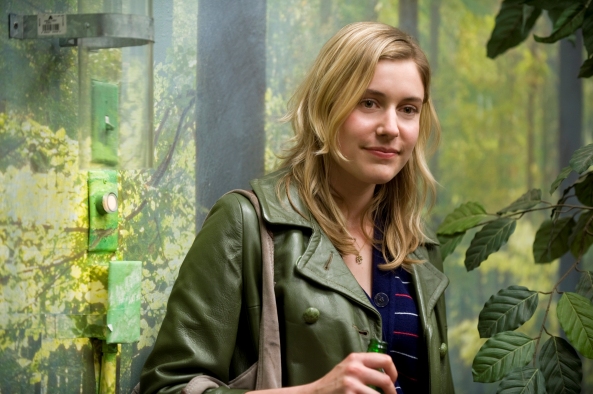 It’s always hard to field a good group for Best Actress in the Oscar race. There aren’t a lot great lead roles written for women in the first place. And then you have so-so comedies or thrillers that don’t really show off much acting range.

And yet this year’s hit-filled Toronto Film Festival has given us a bunch of names all at once to join Meryl Streep from “Hope Springs.” Now we got game.

Top of the list from Toronto is Jennifer Lawrence in “Silver Linings Playbook.” Lawrence, 22, and already a past nominee, is so good in “SLP” she’s jaw dropping. Wait until fans and Oscar voters see what is sure to be a classic movie scene when Lawrence’s Tiffany rattles off a list of stats about the Phildelphia Eagles to Robert DeNiro in “SLP.” By that time she’s already cinched her nomination. That moment could very well be her “win.”

Second: Halle Berry in the Wachowskis’ “Cloud Atlas.” She plays six roles, it’s the best work of her life. No actress has ever had a showcase like this in one movie. Of course, it’s three hours long. But Berry plays parts from the future, the past, the present and a couple of other places. Her earthiness is what makes it all convincing, and she and Tom Hanks have an abundance of chemistry through the cosmos.

Third: Greta Gerwig in “Frances Ha.” This is writer-director Noah Baumbach’s “Annie Hall.” Her and Gerwig wrote this concise, beautiful script as a showcase for her. It’s the flipside of his movie, “Greenberg,” in which Gerwig starred with Ben Stiller. Now her co-star is Mickey Sumner, the actress daughter of Trudie Styler and Sting.

Sumner makes what I would call a second banana debut equal to that of Emily Blunt a few years ago in “The Devil Wears Prada.” As the two friends, Frances and Sophie, Gerwig and Sumner are a total delight. Gerwig should be destined for an Oscar nomination. Sumner — if she chooses her projects carefully– is ready for a big launch.

Need a fifth nominee? Right now, from what I’ve been told but haven’t seen, that’s Viola Davis in “Won’t Back Down.” She’s said to be devastating, as usual. And it’s only mid September, and there’s lots more to come. Impressive.