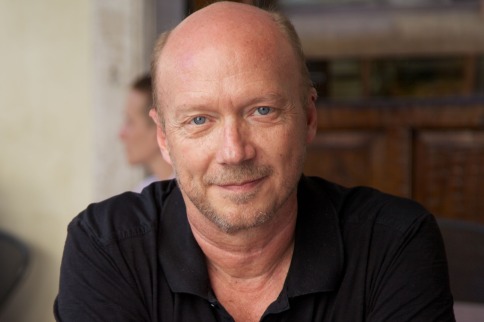 EXCLUSIVE: Oscar winning “Crash” writer-director Paul Haggis has confirmed for me the story of Naz Boniadi, the beautiful Iranian born actress whom Scientology tried to groom as Tom Cruise’s girlfriend in 2004-2005. Vanity Fair has just released a teaser of their extraordinary story (kudos to Graydon Carter) about Cruise’s auditioning of women to be his wife in the months leading up to his choosing of Katie Holmes in April 2005. Haggis left Scientology two years ago, which I wrote about extensively. His exit was then chronicled in the New Yorker. Haggis confirms Boniadi’s saga, and tells me that she, too, has left the cult. Here’s his email to me from Rome, where he ‘s prepping a film. Haggis says he will have no other comment on this situation beyond this:

“I’ve known Nazanin for about three years.  I met her through a mutual friend when I was doing my own personal research into the allegations against Scientology, before I wrote my letter of resignation.  Naz was embarrassed by her unwitting involvement in this incident and never wanted it to come out, so I kept silent. However I was deeply disturbed by how the highest ranking members of a church could so easily justify using one of their members; how they so callously punished her and then so effectively silenced her when it was done.  It wasn’t just the threats; they actually made her feel ashamed, when all she had been was human and trusting.

After I wrote my resignation letter, a dozen or more “friends” and officials of the church repeatedly descended on me to demand that I destroy the letter and resign quietly.  I told them that wasn’t an option for me.  I also told them that I had more sources of information about the troubling nature of the organization then I was at liberty to divulge. This was one.

I’ve met quite a number of people who have been treated shamefully but are afraid to speak out.  This story will draw attention because of our fascination with celebrity.  Most of the others are just ordinary people whose stories, if told, would not appear in a magazine.  They live in fear of retribution, legal, financial or personal, even some famous ones.  They fear an incredibly wealthy organization that boasts that it seeks truth, empowers people, brings families together, encourages independent thought and free speech, and champions human rights.  I would like to say that i don’t know how its members, many of them good and intelligent people, can remain so purposely blind when they are faced with evidence like this every day, but then I am no one to talk.  I was happily blind for many years, so I know the shame that Naz feels. 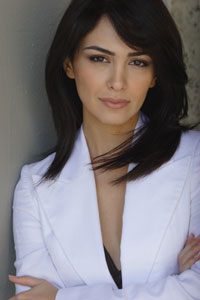 In Naz’s case, she has no right to feel ashamed.  She is not only a terrific actress at the beginning of a very promising career, she is a dedicated human rights activist and a truly lovely and caring person. The last thing she wanted or needed is this kind of publicity, but here it is, and I am sure she will deal with it with the same grace and dignity she exudes in her daily life.   I’m appalled that any church would treat its parishioners this way, but Naz has never cast herself as a victim. She is strong and resilient and I am very proud to call her a friend.”

He adds in a second email:

“And FYI, in case this wasn’t clear, Naz quietly and privately resigned from the church a couple of years ago after several years of trying to handle this injustice internally, to no avail.”