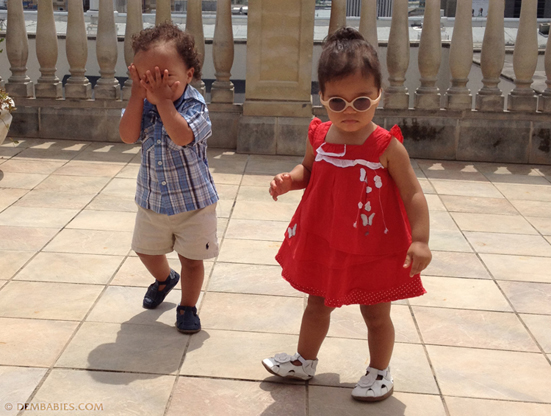 Mariah Carey and Nick Cannon have decided not to sell their baby pictures to tabloids. Instead, they’ve essentially given them away to fans on Mariah’s website. At the same time, they’re asking publications and others who want copies to buy them from dembabies.com, where proceeds will go to Mariah’s Fresh Air Fund Camp.

This lovely act of altruism is certainly a first, as we’re expecting pictures of Snooki’s baby, Lorenzo, to be flogged somewhere any minute. (Not to say there’s any comparison between Mariah and Snooki.)

Mariah has been running Camp Mariah for about twenty years through good times and bad, and has taken it pretty seriously. You can read about it at www.freshairfund.org. We’re running a picture from the website here on our site, so we’re sending a check to the Fresh Air Fund immediately. Nice stuff, Nick and Mariah! 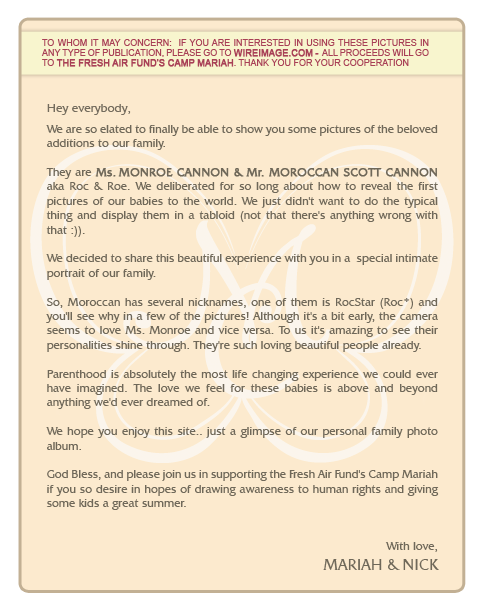