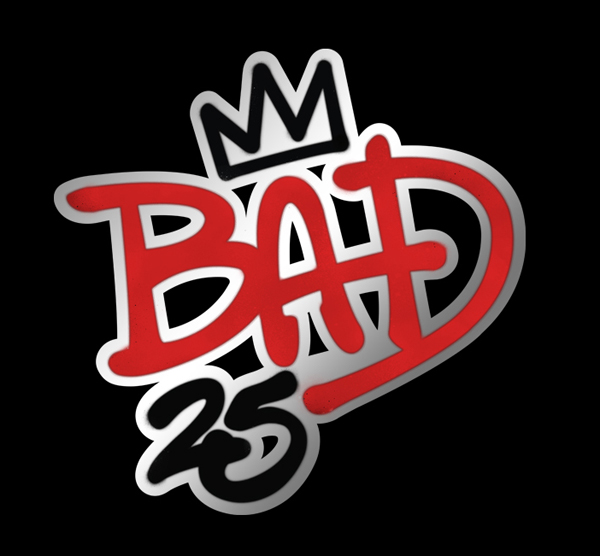 Exclusive: Here’s some more info from the boxed set of Michael Jackson’s “Bad 25” anniversary project coming on September 18th. Jackson fans should be ears up on this since we get some explanations for how the estate put the project together after Frank DiLeo unexpectedly and tragically passed away. Here’ an excerpt, plus a description of some of the unreleased songs I wrote about this morning. I’m telling you, “I’m So Blue” is one I cannot get out of my head. Very annoying, in a good way.

Excerpt: “A lot of time was spent listening to all of the recordings in the archives from the BAD era… Some tracks we found were very early recordings. They had no lyrics except possibly the chorus but more complete music tracks. Some were actually so complete that any other artist but Michael Jackson – who worked tirelessly to make sure his songs reflected his vision – might consider them finished tracks… As such, we have given a little information for each recording. As Michael wrote in a note at the time, he was determined to get exactly what he wanted on the recordings of his songs… In addition to the demo recordings, also on the “bonus” disc are the three recordings that were included in the 2001 re-release of the BAD album – “Fly Away,” “Streetwalker” and the Spanish version of “I Just Can’t Stop Loving You.” In addition, a French version of “I Just Can’t Stop Loving You” is included along with the earlier mentioned remixes.”

DON’T BE MESSIN’ ROUND

It is well-known that Michael might start a song for one album, and then choose not to use it. The song would later be pulled from his vaults for possible use on a subsequent album project. “Don’t Be Messin’ Round” is an example of one such song, and how it took shape at the time of BAD. Indeed, Bruce Swedien has called it one of his favorites.

For Michael, creating a demo is how he let someone (in this case Quincy and Bruce) know what he wanted to hear in the finished recording. It also was a vehicle for writing both the lyrics and the music (since he didn’t actually write leadsheets). And because he was such a perfectionist, this really meant giving them a demo that, to most people, would be considered a finished “record” and not a demo at all as Bruce Swedien, among others, have noted. This is an example of one of those “demos.”

As noted earlier, this is a song that Michael knew could be controversial and, as a result, he spent a lot of time thinking about the story for the song and the voice through which the song should be told. The song is

about a girl whose father is a priest; she was raised in the Church and on the Bible. She gets married in the Church but decides, against the Bible, to have an abortion and she wants “Abortion Papers.” As Michael indicated in his notes, “I have to do it in a way so I don’t offend girls who have gotten abortions or bring back guilt trips so it has to be done carefully… I have to really think about it.“ This is an early example of a song with a controversial subject.

Generally, Michael’s process for creating a song would start with the chorus and harmonies first and it would build from there to include melodies and the lyrics for the verses. This piece shows a song that is clearly still a “work in progress” but with a full, finished chorus and harmonies.

Sometimes a song is written with a story in mind. In Michael’s work notes we found the story for this song – blind obsession. He described the story as “the girls who are over-obsessed with me, who follow me, who almost make me kill myself in my car, who just give their lives to do anything with me, to see me – they’ll do anything and it’s breaking my heart. It’s running me crazy. It’s breaking up my relationship with my girl, with my family. That’s the ‘Price of Fame’.”

When you listen to some early demos of songs, you can tell instantly what song it is. This is NOT one of those songs. It is an example of how different a song can be during its early stages of development from its later, finished polished version. If it were not a well known fact that “Smooth Criminal” was developed out of “Al Capone,” it would be hard to know that it had its roots in the material based on listening to this early recording.