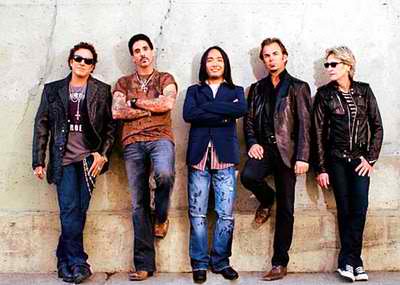 Leave it to TMZ. It’s a slow news night and they need an item. So they try to repurpose our story from last week about rock groups playijng at the political conventions. I told you that the non partisan Creative Coalition was involved in shows in both Tampa and Charlotte.In Tampa, they’re bringing in Journey, which is getting around $250,000 tops, and not half a million dollars.

In Charlotte the Creative Coalition is bringing in the B52s, who are getting $100,000 and a promise that they can get home the same night. (Just kidding, maybe.) Music acts are not so interested in either convention this year. The reason? No one wants to pay them high fees, and the groups can make more money on tour, or playing at Ron Perelman’s house in the Hamptons.

Indeed, a booker friend of mine has been bemoaning the whole convention-music thing for weeks. “The Democrats are cheap and are only paying expenses,” they say. “The Republicans are offering top dollar but no one wants to play for them.”

As I also reported exclusively James Taylor and Sheryl Crow will warm up the crowd at Bank of America Stadium on Sept 6th before President Obama makes his acceptance speech.

TMZ: Don’t stop believing, but do stop borrowing stories and then screwing them up.