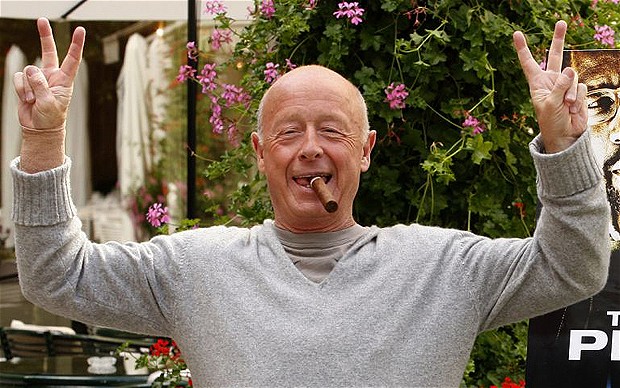 It hasn’t been a good summer for ABC News. First, they aired a report linking the Aurora, Colorado shooter with the Tea Party. It wasn’t true. That was strike one. Strike three–I’m jumping ahead on purpose–was the announcement that director Tony Scott, who committed suicide, had been suffering from brain cancer. They took the story from TMZ.com, not usually considered a serious news source. This afternoon a source close to Scott, who knew him well, says it’s not true. “There was nothing wrong with him. He didn’t have brain cancer.” The source could not say if Scott was taking anti-depressants or any other drugs that might have caused him to drive up on a bridge where he’d shot movies and jump to his death. But brain cancer: no.

Strike two, I think, was ABC sending a producer and camera crew to Tucson in July to interview Katherine Jackson. She was at a spa, and thought to have been kidnapped by some of her adult children. Here’s what happened: they agreed to let Mrs. Jackson speak from a prepared text without answering any questions. It was a total embarrassment. She was surrounded by Janet, Jermaine and Rebbie Jackson, her kids who spirited her to the spa when she was supposed to be somewhere else. This was serious: Mrs. Jackson was the legal guardian for three grandchildren under the age of 18. Because she was “missing.” she lost temporary guardianship. While the interview was being conducted, her own lawyer–who’d come to Tucson to see her–was told he couldn’t. And he was lied to, told that she had no phone.

Strike four: “Nightline” has been moved to 12:35am, where it will  die a sad death. Past ABC presidents David Westin and Roone Arledge would never let that happen. But now “Nightline” is being replaced by Jimmy Kimmel’s talk show. News has never been sacrosanct at ABC. “Good Morning America” comes from the entertainment division. They often “license” material as a way of paying interview subjects. But “Nightline” — Ted Koppel must be very depressed today.

More importantly, Tony Scott didn’t have brain cancer. ABC relied on TMZ, which itself regularly lifts things from other sites based on a hunch. They make outlandish statements, then move on. If they’re wrong, well, their readership has short memories and low standards. Any way, “brain cancer” sounded like a plausible reason for suicide. Too bad it wasn’t actually true.