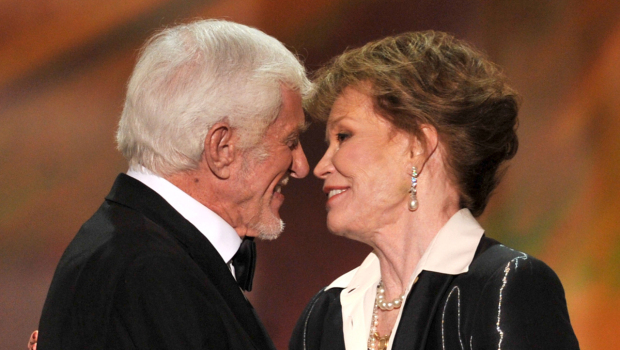 The SAG Lifetime Achievement Award is going to… Dick van Dyke. Yes, you’re right: it was only last January when the SAG Lifetime Achievement Award went to Mary Tyler Moore. We all love the former Rob and Laurie Petrie of New Rochelle, New York. But why didn’t SAG just give ’em the award together last year? This year’s presentation will be a very strong echo of last year’s presentation. Now Mary will give Dick the award, after Dick gave Mary the award.

The vets from “The Dick van Dyke Show” are a hearty group of active super seniors: Carl Reiner, who’ll be almost 91 next winter, Rose Marie, who will be on her way to 90 in January, and Millie Halper the next door neighbor played by Ann Morgan Guilbert, now 84, who’s had a strong career as a character actor on “Seinfeld” and “The Nanny.” Of course, there’s always Julie Andrews, who was Mary Poppins to van Dyke’s Bert.

I don’t begrudge van Dyke anything, but he was a star. And the SAG Award used to be for veteran character actors who hadn’t gotten the big accolades and awards. There are so many of them. Kevin Bacon would have been a sensational choice, for example. But these special awards, voted by panels, are very political no matter which group is involved from music to TV to movies.