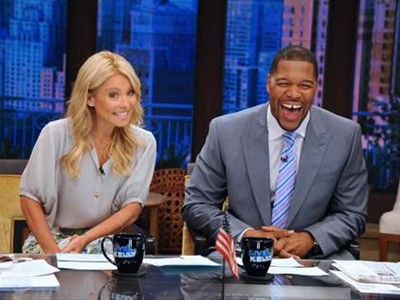 Michael Strahan was on our short list at number 2 back on July 4th. Two hours ago I said he was still in the running and had sold his house in LA. Now Broadcasting and Cable is reporting that Strahan is the choice. The audience loves him, Kelly gets along with him like crazy. He’s a bold choice for ABC Disney. I think he’ll be great. How he’ll do Monday morning shows in New York after Sunday afternoon football for Fox in LA. But it should work. “Live with Kelly and Michael” sounds good too. Congrats!