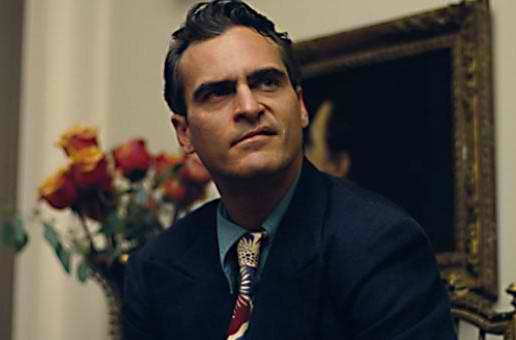 Paul Thomas Anderson’s “The Master” screened in Chicago on Thursday night for a large,paying audience. Tickets were $10 for a film charity, and The Weinstein Company says they had nothing do with it. It was just a ‘pop up’ screening. Anyway, even though no one’s supposed to review it yet, Indiewire’s “The Playlist” did and was rapturous about it in their review. Reviewer Charlie Schmidlin called it a “brave, sensual yet detached triumph”  for Anderson. http://blogs.indiewire.com/theplaylist/review-the-master-proves-a-brave-sensual-yet-detached-triumph-for-paul-thomas-anderson-20120817

On Twitter, many who saw the film on Thursday gave it raves, even when they were still absorbing it. As I’ve said before, this is is going to be a “Tree of Life” style meditation on belief systems with just enough overtones for people to connect it to Scientology. From the Tweets and other internet observances, it sounds like both Philip Seymour Hoffman and Joaquin Phoenix will be in the awards races, as well as Amy Adams. Watch for Phoenix to go heavy into lead and Hoffman into supporting. (Hoffman, who I think is the best actor of his generation, was gypped this past June for a Tony in “Death of a Salesman.”)

“The Master” has been seen by several editors of monthly magazines who are working on pieces but so far very few entertainment journalists. The movie goes to the Venice Film Festival, then to Toronto, and then opens on September 14th. Watch for big Scientology backlash as the cult sends its minions onto the internet trying to cause trouble, But if the film’s as good as these early reviews suggest, nothing will work. It’s sure been a bad year for Scientology.