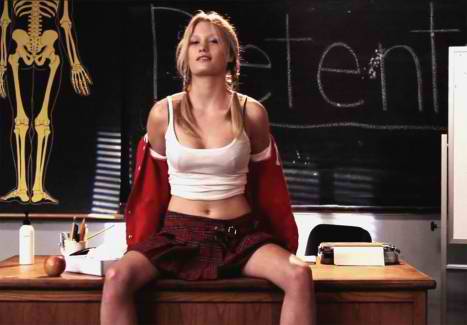 James Franco is heavily advertised as the “star” of the movie along with newcomer Ashley Hinshaw. But Franco did one day’s work on the film as a favor to Elliott. He’s fine, of course, but his role is really just an extended cameo. It’s Hinshaw and Dev Patel, as the corrupted corn fed ingenue and her clueless platonic pal, who get most of the screen time. Lili Taylor does her best (I wish she were more movies) as the cliched negligent drunk mother Angelina–aka Cherry.

Will people see “About Cherry?” in theaters once they’ve had a chance to watch it at home. I doubt it. By all means, download it or rent it. It’s harmless entertainment. But time spent in a theater should be of a more substantial nature.