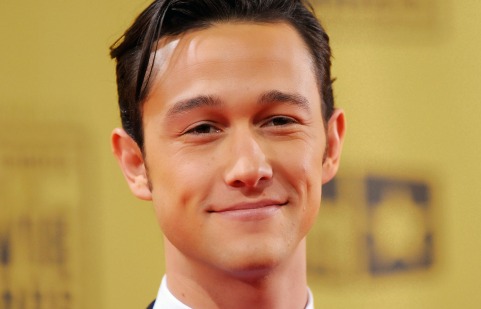 Joseph Gordon Levitt, now of “The Dark Knight Rises” fame, has a Hollywood history of which I was unaware. I have to credit Stephen Rebello, who mentions in passing in a Q&A with JGL that his maternal grandfather, Michael Gordon, was a blacklisted Hollywood director.That’s all Rebello says, and JGL goes on to deride all mainstream media and news. At first I thought JGL sounded arrogant and uninformed.,But then I did a little research on Michael Gordon. It’s amazing that Joseph has even bothered with a career in Hollywood.

Michael Gordon indeed was blacklisted. The saga of his tortured life in the 1950s is well documented in Victor Navasky’s famous book, “Naming Names.” Gordon’s career was interrupted by Senator Joe McCarthy and the House UnAmerican Activities Committee in 1951. He’d been inaccurately branded  a Communist by another director, Edward Dmytryk (“The Caine Mutiny”). All of Gordon’s work dried up, while Dmytryk never missed a year of directing. This was especially frustrating as Gordon had been on a career roll at that moment.

In 1951, called before HUAC, Gordon declined to name others as communists in order to extricate himself. According to Navasky, Gordon had two heart attacks over the next eight years. Finally, he went back to Washington in 1958 and gave names. HUAC barely existed by then, so he told Navasky he simply spoke to a congressman and a court reporter. “The whole thing took barely an hour,” he said. The result was that he was restored to work. The next year he directed Doris Day and Rock Hudson in “Pillow Talk.” For the next seven years he got to work with the best actors in Hollywood. But the damage was done.

He told Navasky: “Ben Kahane gave me to understand it was a token affirmation of these names who had been self-acknowledged; and in a few instances these were so widely known it was not a question. In the actual procedure itself, the names were read to me. For a police state you have to alter decent behaviour – loyalty to friends. Particularly when you are talking about criminal activities. An act of self-abasement is required to regain respectability.

“I felt disloyal to a principle when I co-operated. I’ve tried to avoid talking about this, I debated whether to have this interview. In the interest of accuracy I did not want to take a self-serving position with respect to this matters. I don’t think there was any individual who was not racked by the most tortured intellectual conflicts. We weren’t playing for nickels and dimes. We were playing for our lives.”

The Hollywood blacklist ruined scores of lives, and halted many careers of actors, directors and writers. Some of them, like actress director Lee Grant, and actor Zero Mostel, managed to make comebacks. Many did not. The story of Michael Gordon is a fairly instructive insight into his grandson’s burgeoning career, and his attitude toward Hollywood and the media. Fascinating.

PS If you’re interested in Hollywood and do not know about it, Navasky’s “Naming Names” — like Lillian Hellman’s “Pentimento” and several other memoirs including Walter Bernstein’s “Inside Out”–cannot be overemphasized as mandatory reading.