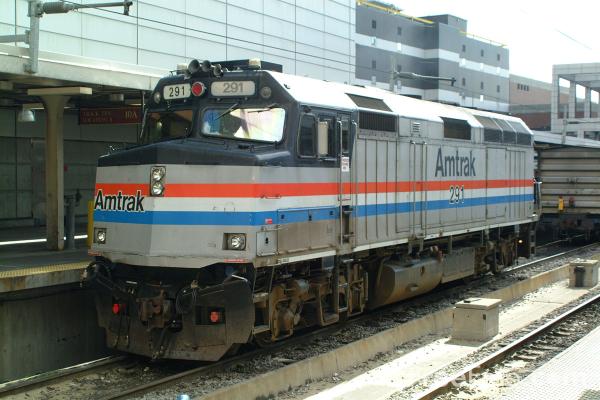 Stick a fork in Mitt Romney. Maybe he had some good ideas about something. But his interview in Fortune says it all. He wants to cut Amtrak, PBS, the NEA, and food stamps. Under a Romney administration, no one will see “Downton Abbey,” enjoy a local arts program, or take the train anywhere. Also, poor people won’t be able to eat. I guess they’ll be so weakened from hunger that they won’t miss these other things. Joe Biden may say crazy things, but they’re not serious. This is very serious. Read it right here: http://finance.fortune.cnn.com/2012/08/15/mitt-romney-interview/

You’ve promised to cap government spending at 20% of GDP. Specifically where will you cut?

There are three major areas I have focused on for reduction in spending. These are in many cases reductions which become larger and larger over time. So first there are programs I would eliminate. Obamacare being one of them but also various subsidy programs — the Amtrak subsidy, the PBS subsidy, the subsidy for the National Endowment for the Arts, the National Endowment for the Humanities. Some of these things, like those endowment efforts and PBS I very much appreciate and like what they do in many cases, but I just think they have to strand on their own rather than receiving money borrowed from other countries, as our government does on their behalf.

Second there are major federal programs which I believe should be returned to the states where they can be run more efficiently with less fraud and abuse. So for example Medicaid, which is the health care program for the poor. Housing vouchers, food stamps. I think these programs can be taken over by the states, grown at inflation or in the case of Medicaid, inflation plus 1%, and in doing so we will save approximately $100 billion a year within four years.