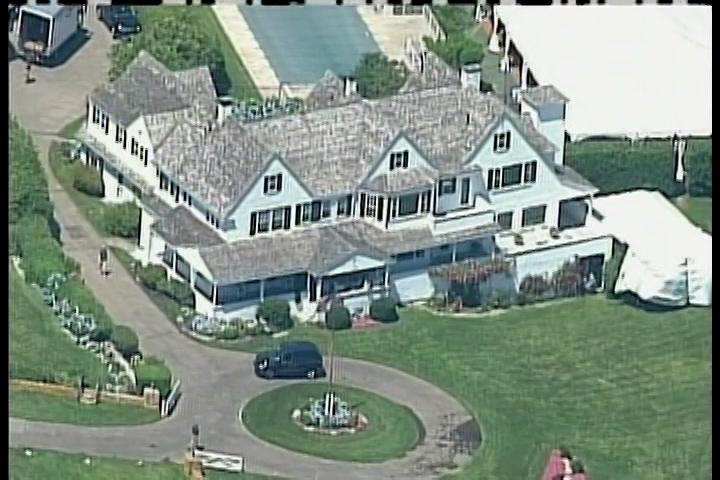 An 80 year real estate rivalry may be the back story for what’s really going on between 22 year old country singer Taylor Swift and the Kennedy family in Hyannisport, Massachusetts. There’s a weird yet plausible explanation for the recent real estate transaction that’s seen the alleged Swift purchaseof  the $4.9 million home adjacent to the Kennedy compound.

According to my sources, the Kennedy’s and the original owner of the home, Rockwell C. Tenney, were not friends. Tenney built the house in 1922. “He hated the Kennedy’s,” a source says. He looked at them as interlopers, and had binoculars trained on them from every room. Tenney’s daughter inherited the house and married a man named Lloyd. Her second husband was Robert Spalding Coleman, who died in 1998. Mrs. Coleman, now 92, is said to have been friendly with Ted Kennedy despite her father’s misgivings. But the house is now held in a trust among Mrs. Coleman’s six children including Robert Spalding Coleman, Jr., whose name is on the deed.

At one point, around 2006, the Tenney-Coleman house was on the market for over $13 million. It’s hard to imagine that the Kennedys didn’t want to buy it then even if it was overpriced. But, says one source, the Coleman family would never sell to the Kennedy’s under any circumstances. So it was a stand off. Ironically, Rande Coleman, a member of the family, is a big time real estate broker in New York. But after the recession hit and real estate dropped, the Coleman house went into a deep price spiral downward.

Enter Swift. My sources say that she may be a front for the Kennedy’s, so to speak. What does she really want with a house on Nantucket sound? Swift’s family lives in Nashville, plus she owns a home in Beverly Hills. She’s originally from Pennsylvania. And while the tabloids keep stoking her romance with 18 year old Conor Kennedy, son of Robert Kennedy Jr and the later Mary Richardson Kennedy, it should be noted that he returns to Deerfield Academy next month as a senior. He’s still in high school, held back a year. Taylor Swift dating a high school senior? A little odd. Tabloid reality check: “Conor,” says a Hyannisport neighbor, “looks like he’s 15.”

Do the Kennedy’s have a deal with Swift on the house? Will she simply flip it to them? What’s really going on here? The phone for the Coleman house in Hyannisport is forwarded to local law firm that doesn’t answer calls or emails. Rande Coleman has not returned calls or emails. And Swift’s Nashville publicist doesn’t respond to any messages in any format.