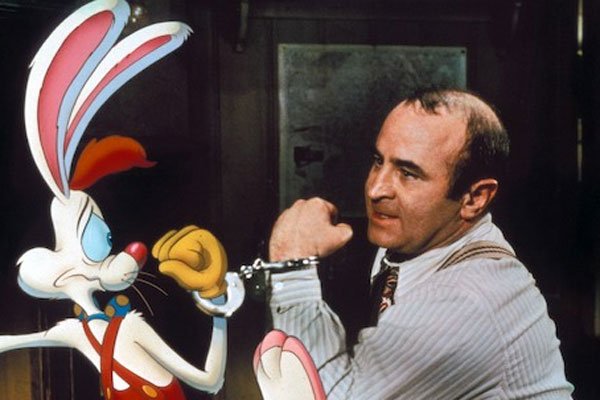 Bob Hoskins, the gruff and lovable character actor who starred in a series of terrific movies including “Who Framed Roger Rabbit?,” is retiring from acting at age 69. He says he was diagnosed with Parkinson’s Disease last fall, and is now going to concentrate on his health and his family. Hoskins should get a SAG Lifetime Achievement Award for his great work in movies like “Mona Lisa,” “The Long Good Friday,” “Mermaids,” “Parting Shots,” “Hook,” and this year’s “Snow White and the Huntsman.” But he’ll best be remembered for “Roger Rabbit,” still a wonderful film. He played Eddie Valiant to Kathleen Turner’s animated Jessica Rabbit, and they were a hoot. Good luck to Bob, and lots of prayers in fighting Parkinson’s. He will be missed from our screens.