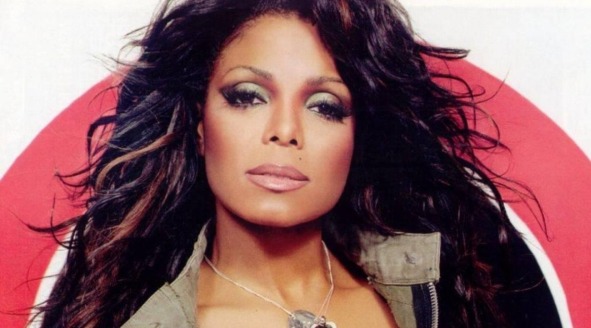 Janet Jackson and siblings Rebbie and Randy are not stopping the fight to overturn Michael Jackson’s Will. They seem to have lost Jermaine, however. Janet put a statement from their lawyer, Blair Brown (not the famous actress) on her website, in which she and the remaining three vowed to keep fighting for “what Michael wanted.” What Michael wanted, however, was for all them to go away, and not be interested in his money. Paris Jackson Tweeted something to that effect today. Janet Jackson is no longer “the normal Jackson.” Her interest in this is peculiar to say the least. So is her antipathy to Michael’s co-executor John McClain. Without McClain, Janet would never have had a singing career. At this point, she’d be better off writing Randy a check and shutting this thing down.  Janet, Randy, and Rebbie’s letter is beyond clueless. They’re claiming the estate is managed badly. When Michael was alive, he was the defendant in dozens of lawsuits, and had nearly $400 million in debts. He had no home. Since he died, the estate has earned hundreds of millions of dollars; his children are secure for life. What the heck are these people talking about? Here’s a reproduction of the letter: 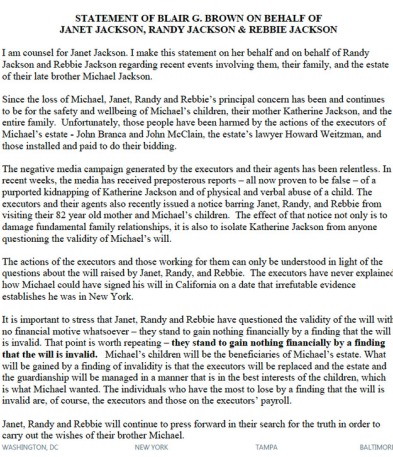