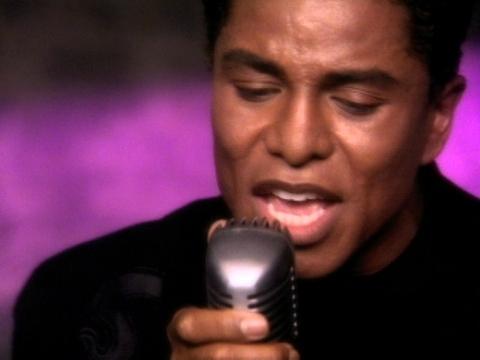 Jermaine Jackson is a pragmatist. In the end, he’s realized he can’t beat Michael Jackson’s estate. He’s taken his name off the letter that started this whole catastrophe. He’s left Janet and Rebbie twisting in the wind. Randy is now totally isolated in his little failed coup. And Randy shouldn’t be surprised that Jermaine deserted him. It was Jermaine who “stole” Randy’s babymama and had two more kids with him.

Yesterday, I had a phone call with my son Jaafar that broke my heart. He asked: “Is it true that we cannot visit grandmother’s house as a family anymore?” Enough has become enough… After much soul-searching, it is clearly time for us to live by Michael’s words about love not war. In this spirit, I offer this statement by way of extending an olive-branch. Accordingly, I rescind my signature from the letter which was sent to the Estate, and which should never have gone public.   I still hold deep reservations about many issues involving the Estate, and I will continue to bring scrutiny and a resolute voice wherever we have cause for concern.

But the way to address such matters is through the proper channels and via a private dialogue, not public conflict. Whatever the tabloid and on-line misrepresentations have led people to believe, my primary concern has only ever been rooted in the welfare of our mother in the environment where she lives. No-one on the outside has a clue about the stresses and pressures she has been under long before recent events and I, like everyone in the family, adore the ground she walks on. We are also still raw from the loss of Michael three years ago. The ever-present grief has haunted me with questions about whether we stepped off him too much or whether we did enough to help when a corporate world surrounded him.

So when it comes to the well-being of loved ones, and especially our mother, we are perhaps understandably and unapologetically over-protective. As attorney Perry Sanders has since confirmed, a health check detected high blood pressure with Mother. Rest was the sole reason she went to Arizona. Prince even carried her bags down the stairs and urged her to rest-up, because we all come from the same caring place. When she was away, and with the children in the responsible care of Tito’s son TJ, there was never a malicious attempt to “block” the kids from talking with her. We simply worried that a call home would first entail, or lead to, conversations with individuals we are in dispute with and that would, therefore, increase pressure on Mother — and pressure was what a doctor said she didn’t need.

This was why we went to the house in Calabasas to talk directly with the kids and merely discuss arrangements for them to meet with their grandmother. We were denied that access by security — and it was clear that mutual suspicions had allowed events to spiral out of control. I regret that events were ever allowed to reach such a stage. I regret any distress caused to Prince, Paris and Blanket. That was never, ever the intention of myself, Janet, Rebbie or Randy.

Moving forward, the most effective way to best serve Mother’s welfare, and that of Michael’s children, is to start a collective dialogue, in private. Mistakes have been made and irrational things have been said on both sides in a highly-charged emotional environment. It is time for us all to draw a line in the sand and move towards peace, co-operation, love and healing. I truly hope that we can find it in our hearts to do so. Because above and beyond anything else, what matters…is family.