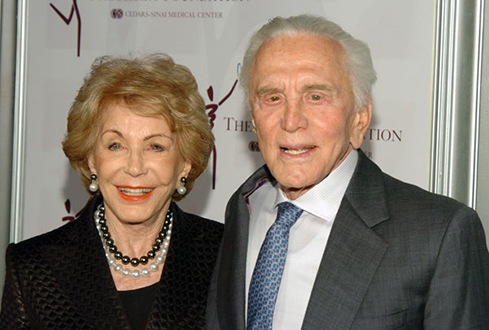 Who doesn’t love Kirk Douglas? He’s the greatest. Three time Oscar nominee Kirk is a hero. He’s recovered mightily from a stroke, has written several books. At 95, he’s a role model. He and his wife Anne gave $990,000 to charities last year, worthy causes, from their Douglas Charitable Foundation. It’s all good.  Now he and Anne have pledged to leave $50 million to five charities, including the Alzheimer’s Wing at the Motion Picture Home.

But where does the money come from? Good investments. The Foundation, according to its Form 990 from 2010, had over $19 million in total assets. Most of that was from stock. But yikes–the stock is typically American and not very politically correct. In a way, the Douglas Foundation has been like Robin Hood–taking from the rich and giving to the needy.

The Douglas Foundation’s largest assets, at least on December 31, 2010, were from the Big Tobacco and Big Oil. They claimed market values of $4,5 for Philip Morris, and $2 million more from Altria Group, making essentially two investments in Big Tobacco as Altria owns Philips Morris USA while the international Philip Morris is a separate entity with a robust stock price of $90 a share as Friday. The Foundation’s other largest holdings were from Chevron ($1 million) and Exxon ($2 million). There’s also about $700,000 in market value from Royal Dutch Petroleum and another $500,000 from Concoco.

These are the same companies and stocks the Foundation had in 2008 and 2009. And they’ve increased in value. So at least the Foundation is getting good investment advice.

The Douglas Foundation supports lots of worthy arts programs, certainly. But the money is coming cancer causing tobacco and Big Oil. Maybe that’s the price you have to pay to be charitable and do good works. The Douglases certainly have their hearts in the right place when it comes to giving money away. Their largest donation in 2010 was $100,000 to the Center Theater Group, which produces plays and musicals at the Mark Taper Forum in Los Angeles (it’s sort of their Lincoln Center) and $200,000 to St. Lawrence University.

But they may also be causing some heart attacks by investing in tobacco. And oil? Chevron has been polluting Ecuador for years. Exxon? The list is too long. 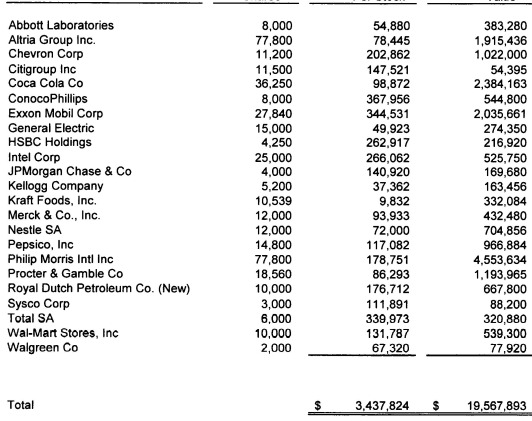