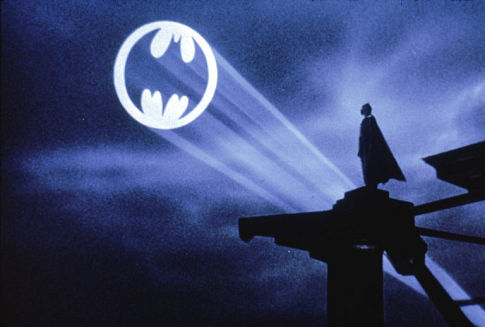 Despite my 18 year old friend Anna telling me she’s seen “The Dark Knight Rises” three times, the Christopher Nolan trilogy finale is having trouble at the box office. This weekend it fell 60% from last weekend, even though it took in $64 million. “TDKR” now has a total of $289 million domestically after 10 days, but it’s $32 million off the pace of “The Dark Knight” after the same number of days. Comparing its second Saturday to the second Saturday of the earlier film, “TDKR” is also off by about $3 million. I’m surprised that people are still afraid of going to theaters after the Aurora tragedies. It was a one time event, perpetrated by a lone, crazy guy. It’s not going to happen at your local cinepelex. “TDKR” is a major hit, but it’s simply not breaking the records it should have as the culmination of Nolan’s trilogy. It must be frustrating for him and for Warner Bros. Everyone should follow the example of Anna, who enters Barnard College next month. But New Yorkers will brave anything. Someone put out the bat signal.

Meantime. “The Watch,” which cost around $80 million all in, took in a meager $13 million in its first weekend. The reviews were terrible. The movie is a wash, basically. The foreign rollout begins next week, but I wouldn’t expect much unless non English speaking audiences are really starved for entertainment.