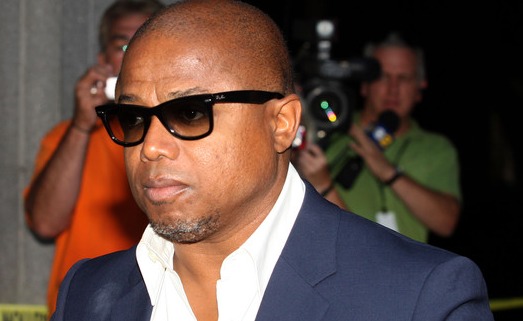 Just a little while ago, on MSNBC, Rev. Al Sharpton interviewed Randy Jackson, Michael’s brother, about yesterday’s fracas. Randy says quite clearly. “We were denied access to our own home.” Is Randy delusional? The home, in a gated community in Calabasas, is rented by the Michael Jackson estate for Katherine Jackson and her three grandchildren. Also living there is Joe Jackson’s nephew, Trent, whom Randy and Jermaine despise. But Trent was hired by Michael Jackson years ago to take care of his mother. It’s the estate on the lease, with occupants listed as Katherine, the kids, and Trent. Randy Jackson, accusing the executors of Michael’s estate of criminal misconduct, now believes that house in Calabasas is his, too.

Meanwhile, Randy, Jermaine, Rebbie and Janet have caused a huge problem in their family. Tonight, Marlon, Tito, and Jackie appeared on “The Insider.” Marlon broke down in tears claiming they don’t know where their mother is, and that they’ve been prevented from speaking with her. What a nasty situation the others have wrought. It’s going to end very badly. And it’s all because of money.