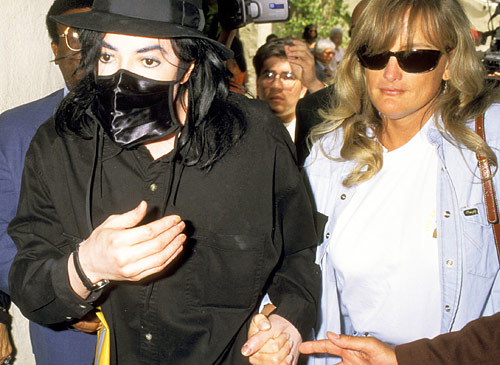 Debbie Rowe, biological mother of Prince and Paris Jackson, is said to be “very concerned” about Katherine Jackson and all three of Michael Jackson’s kids. Sources tell me that when Paris Jackson first Tweeted the news that her grandmother was missing, Debbie dropped everything she was doing in northern California for her ranch business and headed straight to Calabasas.

California. Rowe, who as I’ve written before has a very cordial friendship with Mrs. Jackson, stayed for several days at the home of producer Marc Schaffel, just one gated community away from the Jacksons. Schaffel, a long time friend and business associate of Michael Jackson’s, taped the first interview with Mrs. Jackson after Michael’s death and has remained very friendly with her.

Neither Debbie Rowe nor Marc Schaffel returned calls yesterday. But Rowe, who’s back at her ranch awaiting word on Katherine Jackson, has had several conversations with the grandmother since Michael’s death and is very happy with the way the kids are being raised, I am told. The relations between both houses is so relaxed, sources say, that Paris Jackson has been posting pictures of Rowe on her Facebook page.