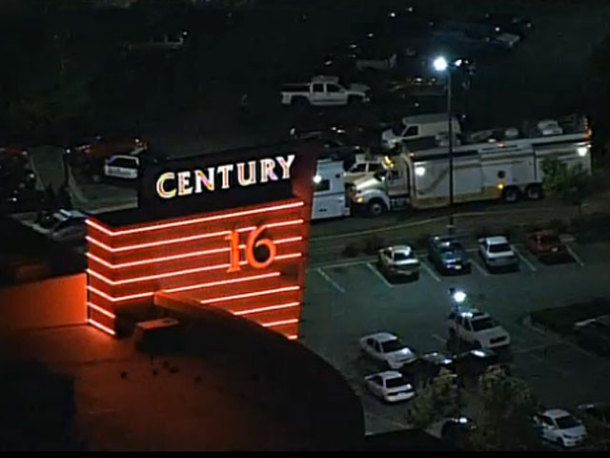 Tragedy in Aurora, Colorado: 12 people were killed during a midnight screening of “The Dark Knight Rises” and 38 were wounded, including a baby. A gunman named James Holmes entered the theater through the emergency exit, tossed tear gas, and began shooting randomly. Warner Bros. has already expressed its sympathy to the victims in a terse two sentence statement. “Warner Bros. is deeply saddened to learn about this shocking incident. We extend our sincere sympathies to the families and loved ones of the victims at this tragic time.”

But in Paris, the opening night of “The Dark Knight Rises” has been cancelled. And in New York, Police Commissioner Ray Kelly has announced tightened security at all theaters showing the Batman movie. Just about all the showings of “The Dark Knight Rises” are sold out, so the crowds today and tonight–presold–will be very heavy.The argument for gun control gets a lot stronger now, especially in Colorado, the scene now of two terrible mass shootings in this generation:

Here is a video link to what happened in this horrific tragedy: