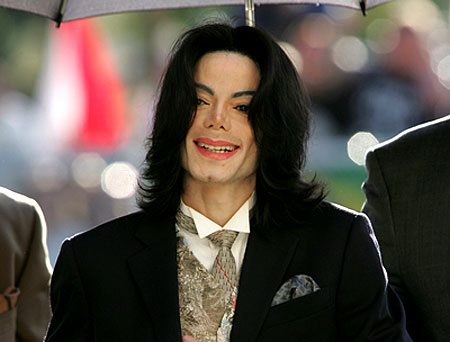 Paris Jackson, 14, is right in her Tweets (see the accompanying item next). Sources tell me her grandmother, Katherine Jackson, has not had any kind of stroke. But a war is raging within the Jackson family concerning the wrongful death lawsuit against AEG Live. Depositions are being taken now, and the AEG lawyers are apparently being very aggressive with the family.

“Mrs. Jackson would probably like to call the whole thing off,” says my source. “But the kids are desperate. They see it slipping away from them.” Janet Jackson, I’m told, was pressured into signing a very vitriolic letter sent to Michael’s executors. “The whole thing is really Jermaine and Randy,” says my source.

What’s happened now is that the letter (see the previous item) has caused a rift between the siblings who signed it–Randy, Jermaine, Rebbie, Janet and Tito–and the people who live in Katherine Jackson’s home–Michael’s kids. Paris Jackson Tweeted that her uncle Randy was a “liar” according to reports. Randy responded on his Twitter feed: “The letter is authentic.” And: “We ask that everyone respects that this is a serious matter that will be handled by the proper authorities.”

But Randy and Jermaine — whose children are cousins and half-siblings to each other–may have made a very risky mistake here. In the process of trying to overturn Michael’s will, or get part of a settlement from AEG Live, they’ve alienated Michael’s children if they’ve lied about their mother’s health. There will be no going back from that.

The lawsuit against AEGLive contends that the company shouldn’t have hired Dr. Conrad Murray, and that they’re somehow responsible for his negligence. In fact, it was Michael who insisted that AEGLive hire Murray, who didn’t work long enough even to get paid.

Meanwhile, Janet Jackson reportedly told Prevention magazine that she’s lectured Paris about being part of a planned animated movie. Janet needn’t worry. So far, the movie that was announced has no funding. There are no plans for it go forward.