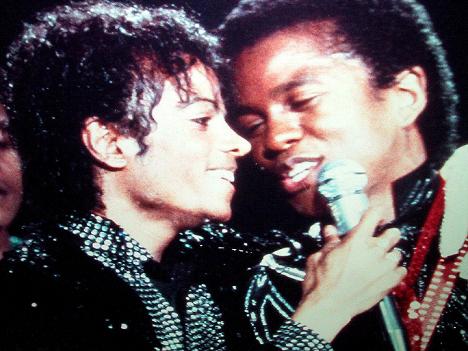 Jermaine Jackson is waging war against TMZ and other outlets who quoted his niece, Paris, last night. Jermaine, with whom Michael Jackson had little or no contact for the last couple of years of his life, is claiming that his mother,Katherine, did in fact have a stroke. He Tweeted: “As Paris tonight clarified, she earlier rushed to end Twitter talk that Mother is ill TODAY, but Paris didn’t expose any “lie” as TMZclaim…The truth is that Mother DID suffer a mini-stroke some months ago. She is fine now, but the timeline doesn’t alter the fact it happened.” Jermaine adds: “This is a serious matter that has been weighed carefully, including taking into account Michael’s thoughts and feelings when he was alive…”

None of this is going to fly. Michael Jackson was estranged from his siblings most of the time. He left them out of his Will, purposely. For years Jermaine, his children, and ex wife lived with Katherine Jackson at her Hayvenhurst Avenue estate in Encino. But all that has changed. Katherine and Michael’s three children have moved to a house in a gated community in Calabasas. The Hayvenhurst house was renovated and is up for sale. Everyone not supposed to be living there has been given the boot. That hasn’t made anyone happy.

All of this squawking about Michael’s Will, and the siblings trying to get money is kind of ridiculous. The Will is not going to be overturned. The Jackson siblings don’t seem to get the reality of their situation three years after Michael’s death.