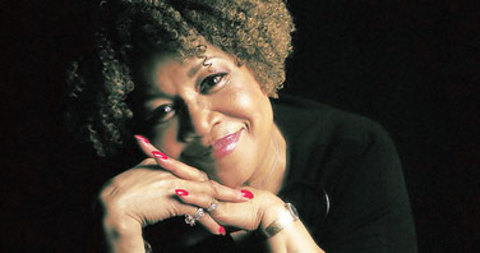 It’s a very slow news day, “The Dark Knight” is about to slay the box office, we had hail this afternoon in lower Manhattan not quite as big as golf balls–more like Good n Plenty raining down on the city. Where was Batman to save us? Respected, established critic Marshall Fine said something critical about “The Dark  Knight” and fanboys threatened his life on Rotten Tomatoes.  So let me go on record: I loved it. Stay away from my house.

Of course, I’m in the phone book. Nikki Fine is not. She’s been hiding for a long time. “Less than Zero” and “American Psycho” author Brett Easton Ellis discovered that Nikki lives in the same apartment building in West Hollywood. He said so, and Nikki–who has no restraint whatsoever when it comes to vitriol–went after him like Ellis’s Patrick Bateman on a bad date. Ellis Tweeted that Finke called building management to complain, basically lost it. They are now at war.

Ellis Tweeted: “Nikki Finke: the hectoring, threatening, vaguely litigious e-mails she sent to our buildings owner and management was a truly awful thing…” Listen, Brett that’s nothing if Nikki is mad. Anyway, Nikki is busy venting at The Hollywood Reporter over a story they wrote about Warner Bros.’ Barry Meyer leaving his job running the studio. Today, Finke writes: “‘The Hollywood Reporter has really hurt their credibility. I don’t understand how they could write that stuff. It isn’t true,” Time Warner told me.”‘ You understand, all through this rant, it’s “Time Warner told me”–the whole company is now a speaking person. It’s a source at, or a spokesman for–it’s Time Warner, like a first and last name. There is such a person, and Nikki knows them. I have the screen capture. This is so awesome. Time Warner must be one of the Warner brothers.

Of course, it’s The Hollywood Reporter, which is a weird website, and a very expensive looking magazine said to be losing zillions of dollars. Its owners, Guggenheim Partners, just bought the Los Angeles Dodgers. I’m told the G’s want out now, and are looking at other big properties with a little more zip. But while they wait, THR today hits another low, forget about insulting Mr. (or Miss) Time Warner. They run a diary of Bert Fields’ weekend solving the Tom Cruise divorce case. He’s very busy with it, flies to New York secretly, but still has time to dine with Dustin Hoffman, see his new movie, and read poetry to his lovely wife, art dealer Barbara Guggenheim. Reading this caused me to use the last nausea patch in my medicine cabinet, and put it behind my ear before I fainted. Tom Cruise is so lucky to have this Renaissance man on his team, a man whose name turned up more times in the Anthony Pellicano federal indictment than the word “and.” If only the government had known Bert reads poetry to his wife!

I do feel bad for Brett Easton Ellis. He’s a nice guy. I knew him in New York. I can’t imagine where he and Nikki live–there are only a couple of luxury buildings suitable for them in West Hollywood. I’m thinking Empire West or Sierra Towers. Both buildings are stuffed with stars, many older and retired who don’t want to run their own homes. Do these people know all this is going on? What do they say in the laundry room? For years I stayed in Empire West. The late Suzanne Pleshette ran the building unofficially. My friend Julia Phillips, also gone, once set fire accidentally to her bedroom. It was the talk of the elevator for weeks. Bert Fields has represented Nikki Finke in the past, which is why she was the only entertainment journalist in the Modern World not to write a word about Tom Cruise and Katie Holmes. So Nikki and THR actually have something in common–they both love Bert Fields. Maybe Nikki can get Bert to come read some poetry to Brett. A Haiku perhaps. Or a limerick.

And this is why I write about Hollywood from New York. And just in case you were wondering, Julia Roberts lives across the street from me, and Daniel Day Lewis is around the corner.

PS I didn’t know what photo to run with this story. So that’s a picture of R&B great Mavis Staples, who’s appearing Friday at Lincoln Center in a tribute to the late great Curtis Mayfield with the Roots and the original Impressions. If you’re here in NYC, don’t miss this show.