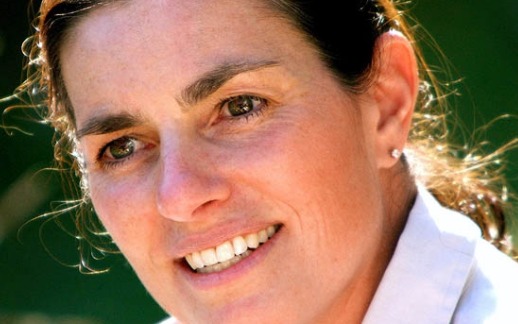 The legal papers filed by Mary Richardson Kennedy’s law firm, Hennessey and Bienstock, paint a very grim and shocking picture of Bobby Kennedy Jr.’s wife’s life leading up to her suicide. The papers had been talked about in the press a few weeks ago. But the actual reading of them is fairly surprising. The accusations against Kennedy are substantial and frightening. First of all, the lawyers want Kennedy removed as the Adminstrator of Mary’s estate: .”..he should not be permitted  to serve as Administrator of the estate because  of the significant  conflict  of interest between his interests, as distributee of and, most significantly, as debtor, to his estranged wife’s estate, and as adversary of the estate’s creditors.”

According to the firm, Kennedy owes them nearly $300,000 for work they did on his ongoing divorce–and which he agreed to pay in signed stipulations.

The papers go on to describe the nature of Mary Richardson Kennedy’s life in the months leading up to her tragic suicide.

Here’s the sum and substance of the papers. It’s a great read. Take your time. The Park Agency is the firm that pays the Kennedy family bills. ParenteBeard is another firm hired by the law firm to handle the complicated financial arrangements between Kennedy, his children, and Richardson:

“At the time of Ms. Richardson Kennedy’s death on May 16, 2012, the matrimonial action was a two-year-old fully and bitterly contested litigation, with a full trial of all issues scheduled to commence in September, 2012.  Neither the custody of the four minor Kennedy children nor the parties’  finances – child support, spousal support or equitable distribution -had been resolved.

“In  that  litigation,  Mr.  Kennedy  was  a  tenacious  and  devious adversary: For  example, by excluding significant assets from the marital estate, Mr. Kennedy sought to prevent a fair and equitable distribution of marital assets and a fair measure of financial support to his wife of eighteen (18) years, and was also seeking to deprive Ms. Richardson Kennedy of joint legal and physical custody of their four children. Ms. Richardson Kennedy had little choice but to continue to litigate all issues in the matrimonial action.

“In fact, as financial discovery proceeded, and it became evident to Mr. Kennedy that our client would not simply acquiesce to his settlement demands, Mr. Kennedy engaged in a scorched-earth litigation approach that required our firm and ParenteBeard to put in many hours in defense of Ms. Richardson Kennedy’s equitable distribution, support and custody claims.

“For example, Mr. Kennedy’s Sworn Statement of Net Worth falsely listed the vast majority of his assets as “separate property,” when he knew or should have known otherwise. It took scores of hours of tracing analysis of voluminous documents by our firm and ParenteBeard, followed by two  days of Mr. Kennedy’s  deposition, and depositions of  two  of  the  senior employees of  the Park Agency, before there was any acknowledgment that the vast majority of the sums claimed to be separate -including retirement funds contributed during the marriage -were, in fact, marital.

“In addition, whereas the Park Agency had paid Ms. Richardson Kennedy’s and the children’s household expenses throughout the marriage without question, and her counsel and expett fees since they were incurred, beginning in about September, 2011, there was a noticeable delay or denial of direct payments and payments of family credit cards for items charged by Ms. Richardson Kennedy.

“After November, 2011, not only did the Park Agency cause Ms.  Richardson Kennedy’s  credit to be severely restricted and thereby prevent payment of her counsel and experts, contrary to the Court’s October 11, 2011 Order, but it also made it impossible for her to pay any expenses to providers who did not accept credit cards and cut off her access to cash. Unfortunately, the last months of Ms. Richardson Kennedy’s life were full of daily financial challenges, directly attributable to Mr.  Kennedy’s  litigation tactics, executed through his family office.

“The issues relating to the parties’  four children were, if anything, even more contentious, as were the parties’ conduct towards each other.  For example, in January, 2012, the parties were ordered by the Court to refrain from contacting each other based on evidence that Mr. Kennedy was pressuring Ms. Richardson Kennedy to accede to his custody demands and refrain from continuing to seek her equitable share of the couple’s  assets.   The parties were also ordered to refrain from discussing any family finances or issues in the matrimonial proceeding with their children.

“Dating from long before the matrimonial action was commenced, and all during that action, Mr. Kennedy was responsible for the payment of Ms. Richardson  Kennedy’s  counsel  and  expert  fees,  and  he  arranged for  their  payment through the Park Agency.  Ms. Richardson Kennedy had not been employed outside the home for many years, had no independent source of income, and was entirely financially dependent on Mr. Kennedy, not only for counsel and expert fees, but also for basic expenses,  including  medical  bills,  household  utilities  and  grocenes,   as  well  as  the children’s  expenses.

“As noted above, Mr. Kennedy’s  obligation was formalized in the matrimonial  action  by stipulation,  So-Ordered  by Justice  Christopher  on  October  11, 2011.   That court order required Mr. Kennedy to continue to have the Park Agency pay Ms. Richardson Kennedy’s  counsel and expert fees in the matrimonial action (“October 11, 2011 Order”, Exhibit D).   On November 21, 2011, Mr. Kennedy was again ordered by the Court, by so-ordered stipulation, to comply with the financial provisions of the October  11,  2011  Order,  which  included  the  continued  payment  of  Ms.  Kennedy’s counsel and expert fees (“November 21, 2011 Order”, Exhibit E).   These Orders did not require  production  of  any  time  records  by  Ms.  Richardson  Kennedy’s   counsel  and experts, and permitted continuation of the practice of monthly invoices being approved by Ms. Richardson Kennedy or her designee.

“Mr.  Kennedy,  through   the  Park  Agency,  paid  Ms.  Richardson Kennedy’s counsel and expert fee invoices for October and November, 2011, but, after that,  ceased  making  all  payments,  including  those  for  counsel  and  expert  fees.    All attempts  to charge  the parties’  joint  American  Express  account  for  such  fees – the method of payment that had been used for many months-were rejected.

“For several months, we repeatedly raised-by e-mail, letter and in person – Mr. Kennedy’s  failure to pay Ms. Richardson Kennedy’s  counsel and expe1i fees with Mr. Kennedy’s  counsel, Blank Rome LLP, and demanded immediate payment of the unpaid fees.  Only days before Ms. Kennedy’s death, we sought and had scheduled a conference with the Court to discuss several issues, including a request (as required by the Westchester Matrimonial Rules) for permission to  bring a  motion for contempt against Mr. Kennedy for, among other things, his failure to obey the Court’s  Orders concerning counsel and expert fees, as well as payment for necessary medical treatment. A final demand for payment of the counsel and expert fees, dated May 21, 2012, has not resulted in any payment.

“Since on or about December 1, 2011, and continuing until Ms. Richardson Kennedy’s death, H & B and ParenteBeard provided hundreds of hours of legal and expert forensic accounting services to Ms. Richardson Kennedy in the matrimonial action.   Mr. Kennedy’s failure to make the required monthly payments for her expert and counsel fees for services provided from December, 2011 through May 16, 2012  in  accordance  with  the  Court’s  orders  has  resulted  in  unpaid  balances  of $226,945.69 to H & B and $51,544.85 to ParenteBeard, for a total of $278,490.54.

Assets of the Estate

“The  counsel  and  expert fees  due  and  owing to  H  & B  and  to ParenteBeard  are  debts  of  Ms.  Richardson Kennedy’s  estate,  and  the  court  orders directing their payment by her husband, Mr. Kennedy, are assets of the estate.   The Petitioners herein are creditors of the estate, but the ultimate debtor will be Mr. Kennedy. Therefore, H & B is petitioning this Court for the appointment of a Public Administrator to act as a fiduciary and appropriately garner the assets, and pay the debts, of the estate, which  include  all expert  and legal fees that were due  and owing by Mr. Kennedy on behalf of his wife.

“It is plain that Mr. Kennedy must not be permitted by this Court to serve as the Administrator  of Ms. Richardson Kennedy’s  estate because, with respect to the debt and corresponding asset discussed herein, which is a major debt and asset of the estate,  Mr.  Kennedy  has  a  clear  conflict  of  interest  between  his  personal,  pecuniary interests and the interest  of the estate (to collect all assets  and pay all the debts of the estate, including those owed to the estate by him).  The relationship between the spouses in the months immediately prior to her untimely death, and the extent of the debt owed by Mr. Kennedy to her estate presents significant cause for concern; and justifies the disqualification of Mr. Kennedy fi•om consideration as Administrator.

“The appointment  of the Public Administrator, a neutral fiduciary, is necessary  under these circumstances;  it is the only means to ensure an appropriate, and just administration of the estate.