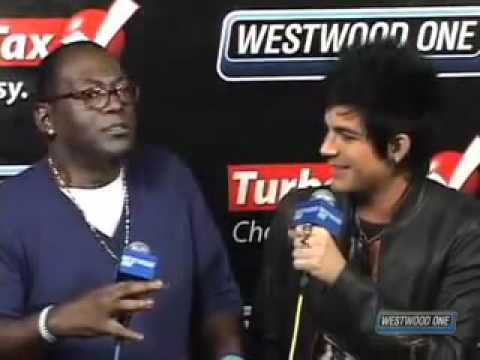 UPDATE THURSDAY AFTERNOON: Steven Tyler has left “American Idol” to rejoin Aerosmith (See below– I thought that would happen.) After I ran this story this morning, a couple of sources say that Randy Jackson may want to leave anyway. And JLO told the “Today” show she’s up in the air. Changes are afoot…

It’s negotiating time for “American Idol” judges. Who will stay and who will go? This morning Jennifer Lopez said on the “Today” that she might move on, who knows? Yesterday there was talk that Randy Jackson — the only original judge from Day 1– could get pushed out in favor of Adam Lambert. There’s no word yet from Steven Tyler.

But Aerosmith is launching a new album in early November, just as “Idol” is in the middle of its ramp up to a January launch. There are two sides to that–if Tyler remains on “Idol,” the album gets a huge promotional push. On the other hand, in order to really promote the album, Aerosmith has to tour on a heavy schedule that would coincide with the “Idol” season.

As for Lopez and Jackson: No judge has done better from “Idol” than Lopez. Her recording career was dead before she came on the show. In her two seasons, she’s revived it, with big singles that she debuted on the show. Plus she made millions of dollars in other deals. For a girl who can’t really sing, she’s done alright. And Randy? There’s no “American Idol” without him, frankly. If Tyler and Lopez leave, they and Fox and Simon Fuller all have the excuse that their prior careers interfered with the show’s schedule.

But Randy? Dawg! He’s the glue. Yesterday “Idol”  — in a misbegotten contract negotiation–planted items that they might switch out Randy for Lambert, a minor talent and former contestant. Hello! Jackson actually comes from the business as well as the artistic side of the music industry. Plus, the fans and the audience love him and rely on him  for stability.

Jackson is coming to New York next week to launch a new line wristwatches for Home Shopping Network–they look pretty cool. There should be a better idea by then what’s going on. But replacing Randy just to see if someone else can get higher ratings? Fuller and Nigel Lythgoe need only look at the “Today” show situation to see that replacing one beloved long standing “anchor” with a newer younger model doesn’t mean much.