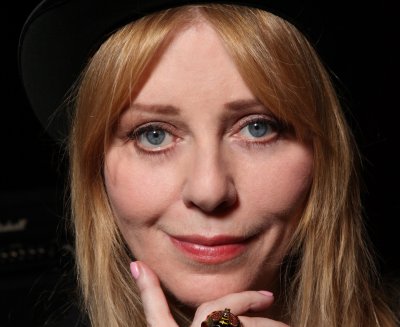 There are loads of stories out there from the 1970s about David Bowie and Mick Jagger perhaps carrying their friendship a little too far–taking it to another level, let’s say. There’s a new book just published by Christopher Andersen that more or less retells old stories from Angie Bowie’s previous books–Angie was married to David. But Andersen’s book also includes an interview with rocker-writer-ex model Bebe Buell, mother of Liv Tyler. Buell wrote her own book, “Rebel Heart,” a few years ago and told very specific stories about all her fabulous experiences with A list rockers.

But Buell tells me that Andersen went too far in characterizing her observations of Jagger and Bowie. “I want to make it clear that I never saw Mick Jagger and David Bowie having sex,” Buell tells me. “I knew them to share women, but not each other.” Jagger and Bowie have never denied all the talk. “Maybe they enjoyed the press and the p.r. about all the androgyny. But I never saw Mick Jagger sexually active with another man. But his dance card with women was legendary.” Buell says she was very good friends with Bowie and dated Jagger back in the day on and off for years. She stayed so friendly with Bowie that he and wife Iman came to daughter Liv’s wedding in 2003.

Buell, by the way, has a great new album out on iTunes and amazon.com called “Hard Love.”