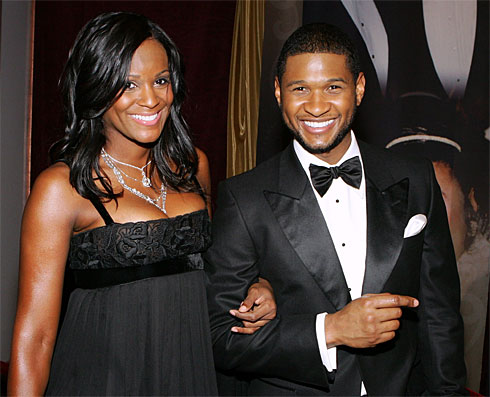 Tameka Foster’s soap opera like life took a tragic turn this weekend. Her 11 year old son, Kyle Glover, is brain dead after an accident in which a man riding a jet ski literally ran over Kyle, who was in an inner tube in Lake Lanier in Atlanta. It’s an unimaginable tragedy for a mother to endure. Everyone is sending prayers to Foster, to her ex husband R&B singer Usher, and Kyle’s father, an Atlanta clothier. Usher and Foster were married a short time, but their union produced two other sons. During the course of their relationship,

Usher’s mother, Jonetta Patton, who is also his sometime manager, was vocally against the couple. Foster is nine years older than Usher. Rumors circulated frequently that Foster was a Scientologist, and that she’d converted Usher. But when I asked her about it in February 2008, she said, with a laugh: “Scien-what? Honey, I can’t even spell it! No, I am not a Scientologist.”

The handful of times I met Foster she was like that, very direct and with a good sense of humor. She’s going to need every ounce of strength now, and support from everyone.