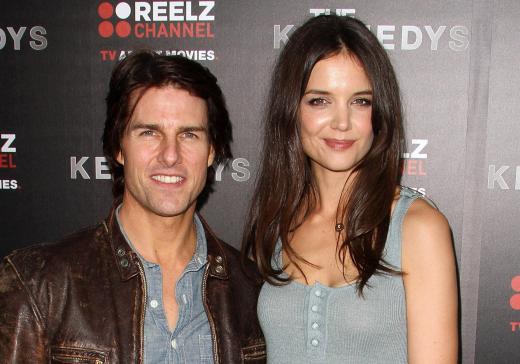 Just as I predicted, Tom Cruise and Katie Holmes whisked through a divorce settlement. It was all done over the weekend. Katie essentially got what she wanted: her freedom, and Suri. Cruise gets another gagged wife with a confidentiality agreement. Suri will not be raised a Scientologist. Cruise and his religious sect’s secrets are now safe. Hats off to Katie’s family for figuring out how to pull this off. We may never know the real story. But this much is certain: Katie was in New York last March without Tom. In every picture you can see her mother. This was a new twist. Cruise evidently felt secure enough to let Holmes remain in the city by herself, without his minders or the Scientology monitors. That seems to be when the Holmeses arrived, and did whatever had to be done. Their entire plan–from the move to another apartment, the New York lawyers, all of it, was well played by the Holmes family and by the lawyers they selected. Cruise, who ambushed Nicole Kidman with a divorce, separated her from her kids, and tried to back date his separation from her, got sandbagged this time. Now the question is, who will turn up as Cruise’s next “love of his life”? What actress, no matter how ambitious or gullible, will volunteer for this job next?