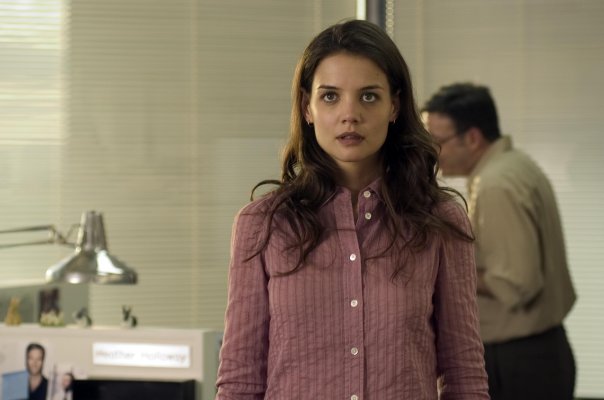 Reports of Katie Holmes writing, producing and starring in a movie called “Molly” are extremely premature, I am told. The movie was being set up at Lifetime, but for now it’s on hold and certainly not commencing next month. First US Weekly, then People, reported it “exclusively.” Well, Holmes has a lot on her plate at the moment. And “Molly” was a project that was so undercooked it didn’t exist in any listing, had no producer, and wasn’t ready for anything. Katie, I’m told, is just sitting tight, and “absolutely not” doing anything to encourage former Scientologists to speak out. “They’re just coming out of the woodwork,” says a friend. “She’s just watching it all happen.”

And happen it is–the Scientology leaders must be going crazy. They’ve never had so much adverse publicity at one time. From David Miscavige’s niece to the strange story of missing leader Heber Jentzsch, followed by the weird story that Jentzsch’s son Alexander has died in the last few days–and that his mother, ex Scientologist Karen de la Carriere (strangely enough the LA art dealer for now deceased schlock artist Thomas Kinkade) is speaking out everywhere–it’s become the summer for former sect members to spill their guts spontaneously.