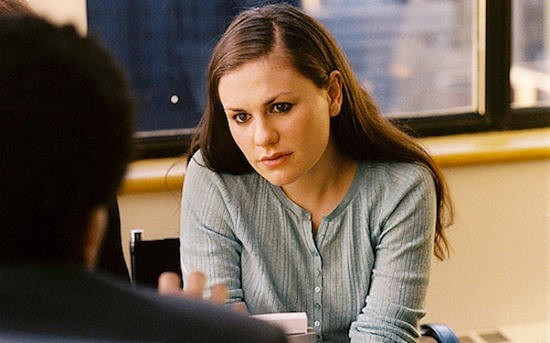 You’ve probably read all about Kenneth Lonergan’s lost movie, “Margaret.” (Lonergan wrote and directed the award winning “You Can Count on Me” and is a much praised playwright.) Shot in 2005 for Fox Searchlight, then delivered into editing hell. It wasn’t released until last year, and the cut that made it to the big screen wasn’t Lonergan’s but from the House of Scorsese. Lonergan has spent seven years fighting with Fox Searchlight. Tonight (Monday) his director’s cut will screen downtown, and on Tuesday a double CD will be released of both his cut and the edited one. I watched the edited one finally over the weekend. I will also attend the longer version.

Either way, it’s criminal that “Margaret” was screwed around with in this way. Long before she was Sookie Stackhouse in “True Blood,” Anna Paquin would have easily been nominated for Best Actress. Jeannie Berlin, of “The Heartbreak Kid” fame, daughter of Elaine May, and well known New York actress, does the best work of her life and would have been nominated for Best Supporting Actress. She might have won, actually. She’s that good.

“Margaret” is not the name of any character in this movie. The title is taken from a poem by Gerard Manley Hopkins called “Spring and Fall.” (I’ll include the poem at the end of this post.) Anna Paquin plays Lisa, a high school girl who inadvertently causes a terrible accident involving a New York City bus and a pedestrian. Mark Ruffalo is the bus driver. Allison Janney is the unfortunate victim. The cast is rounded out by lots of well known faces– Matt Damon, Matthew Broderick, Michael Ealy, Kieran Culkin,  and also in an illuminating supporting role, J. Smith-Cameron, who is also Mrs. Lonergan.

This is not an easy movie. However it’s edited, and whichever version you see, “Margaret” makes for a tense sit through. It’s really as if Lonergan should have written it as a novel, then adapted it to a screenplay. It plays like a great novel, and I’m sorry there isn’t one. The backstories are so nuanced, the characterizations are so rich, and the plot is that compelling. But it moves slowly some times, quickly at others, which is frustrating. Nevertheless, it’s a better movie than “The Tree of Life,” which Fox Searchlight supported and was basically incomprehensible. So there. Watch this movie, please. It’s too importan to have missed it, knowing now that it exists.

Oh and for goodness sake, go back and see Jeannie Berlin in one the great all time comedies, “The Heartbreak Kid,” from Elaine May and Neil Simon.

MARGARET, are you gríeving
Over Goldengrove unleaving?
Leaves, líke the things of man, you
With your fresh thoughts care for, can you?
Ah! as the heart grows older
It will come to such sights colder
By and by, nor spare a sigh
Though worlds of wanwood leafmeal lie;
And yet you wíll weep and know why.
Now no matter, child, the name:
Sorrow’s spríngs áre the same.
Nor mouth had, no nor mind, expressed
What heart heard of, ghost guessed:
It ís the blight man was born for,
It is Margaret you mourn for.