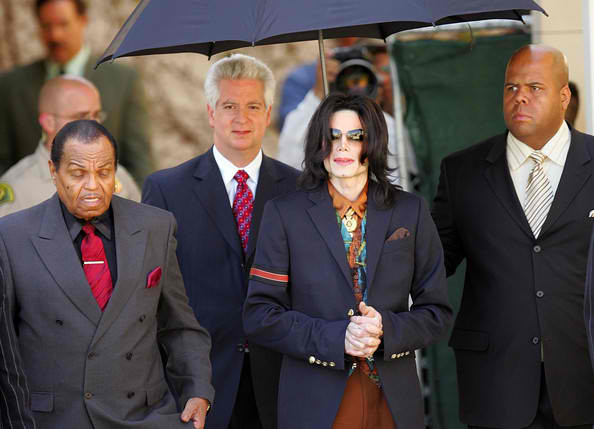 Brian Oxman, the attorney who always held himself out as the lawyer and spokesman for Michael Jackson and his family, has finally been disbarred by the California Bar Assocation. Oxman has been disciplined several times over the yeas by the California Bar, but this time it’s for good.

He’s out and so is his wife, who also practiced law. The wife, Maureen Jaroscak, has been suspended for 18 months.

The deciding judge writes: “We recommend Oxman be disbarred to protect the public, the courts, and the legal profession.”

Oxman was like a court jester in the Jackson family sagas. Randy Jackson, Michael’s brother, insisted that Oxman be part of Michael’s defense team in his 2005 child molestation trial. After many screw ups, and falling asleep in court several times, lead attorney Tom Mesereau fired him.

Nevertheless, media outlets kept using Oxman as an authority on Jackson. They wouldn’t accept the fact that just because a person wants to be on TV, they know nothing.

Mesereau, a brilliant attorney who was saddled with Oxman, must be thrilled. He only thought of him as a jackass who couldn’t keep his mouth shut.

The disbarment didn’t come from the Jackson case. Rather, it was from what the Bar decision described as mismanagement of client funds, failure to properly represent a woman in her divorce and other infractions.

The disbarment is already on the Cal Bar site, and is effective July 27, 2012.