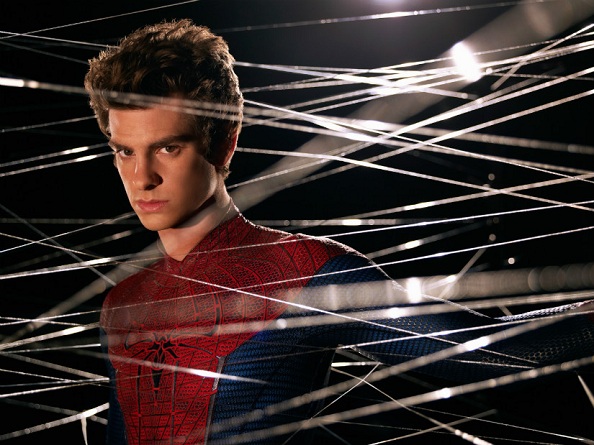 If you don’t know the basic story of “Spider Man” by now, I can’t help you. Besides the comic and TV shows, there were three Tobey Maguire movies. And a $75 million musical on Broadway. Peter Parker’s saga is better known to school kids than any serious literature. It’s right up there with Superman coming to Earth from Krypton and Bruce Wayne’s parents being killed in front of him.

“The Amazing Spider Man” is intended to reboot Sony and Marvel’s “Spider Man” franchise. They made three movies with Sam Raimi, Tobey Maguire, and Kirsten Dunst. Then when a fourth one seemed too expensive, they pulled the plug and decided to start over. And quickly. It’s not so long that the Raimi trilogy was lauded. But you figure, a new generation wants its own actors and sensibilities. For example, Spider Man now uses a cell phone as a matter of course.

This time, with Marc Webb directing and Andrew Garfield starring, there’s no Mary Jane. She’s been replaced by another Spidey girlfriend, Gwen, played by Garfield’s now girlfriend, Emma Stone. Some say they are on the verge of marriage. But in pretend life, they are at odds. Her father is the police captain of New York, hunting Spider Man. They make a great couple on screen with lots of chemistry. There’s also a new villian: Rhys Ifans sort of becomes Patrick Page’s Green Goblin from Broadway. (There are a few unconscious nods to Julie Taymor in this movie.)

However:  “The Amazing Spider Man” will do a lot to help Sony’s bottom line. While the script is nowhere near as jivey or hip as the second Sam Raimi episode, the new movie relies heavily on Amazing special effects, excellent 3D, and the charisma of the cast. Sequences involving moving cranes, and an underwater tunnel, are really spectacular. “The Amazing Spider Man” works as an epic super hero movie. And there’s even a long cameo from 80s teen actor C Thomas Howell as a tossed in Easter egg. Sony may not have a hit phone or tablet, but it’s got a hit summer movie. And get this: sit through the credits and you’ll see the sequel being set up. Every Marvel movie has this now–a glimpse into the near-economic future.