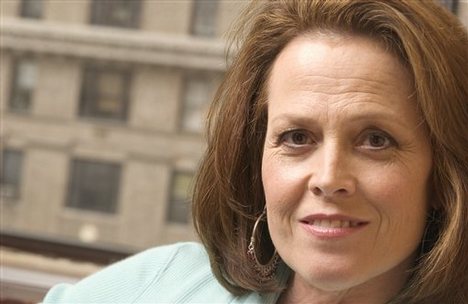 Exclusive: Add Sigourney Weaver’s name to the list of movie stars heading to off or or on Broadway shortly (Alec Baldwin and Jake Gyllenhaal have been in recent announcements). I sort of reported this last week, but here it is: Weaver will star in a new play by Christopher Durang, her old collaborator. It’s called “Vanya and Sonia and Masha and Spike.” It’s obviously a comedy riff on “Uncle Vanya.” and will play first at the McCarter Theater in New Jersey and then at Lincoln Center. One other actor, Billy Magnussen, from “As the World Turns” and the Whit Stillman movie “Damsels in Distress,” has been hired to play Sigourney’s much younger boyfriend.

Weaver, meanwhile, as I reported, has her USA Networks show, “Political Animals,” starting July 15th. And after “Vanya”‘s limited run, she goes off to make three “Avatar” sequels.”

Here’s the description from Durang’s website: “The play is set in the present day in Bucks County, Pennsylvania, in a farm house Vanya and his step-sister Sonia have lived in all their lives.  They jointly took care of their ailing, doddering parents for many years while their movie star sister Masha was gallivanting around the world, having a life.  The play takes place on a weekend when Masha shows up with a new twenty something boy toy named Spike.

“Vanya, Masha and Sonia were named after Chekhov characters by their college professor parents.  And the play, which is a mix of comedy and drama, takes Chekhovian characters and themes, mixes them up and puts them in a blender.

“The play will be directed by Nicholas Martin, who also directed two other Durang plays, Betty’s Summer Vacation  at Playwrights Horizons Theatre, winning him a directing Obie award, and the critically acclaimed Why Torture is Wrong, and the People Who Love Them  at the Public Theatre.”