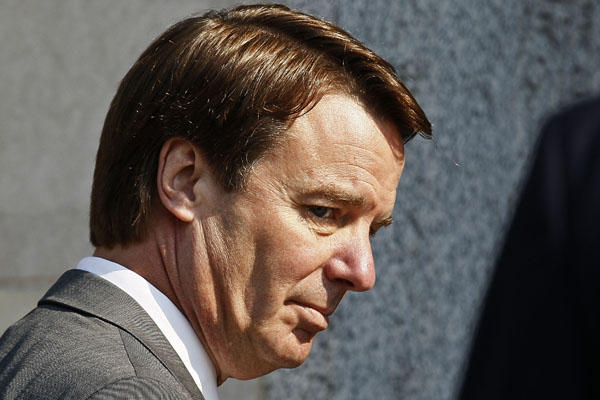 In August 2008, I reported an interesting tidbit in the then unfolding John Edwards scandal. A former campaign worker of Edwards ran into him at the Beverly Hilton Hotel on June 18th. Edwards was sneaking in from the basement elevator. Using this elevator means you can bypass the lobby and shoot straight upstairs.

Edwards, I reported, was having a clandestine meeting with Rielle Hunter and their then three month old daughter, Quinn. It was a few days before Father’s Day, and Edwards’ other children and his wife Elizabeth were home in North Carolina. Edwards had already denied that Quinn was his child and was still fudging the truth of the affair.

But now People magazine has a picture in their new issue of Edwards with Quinn dated June 20, 2008. It’s taken at the Beverly Hilton. Edwards looks like he’s just come from the gym. So we can conclude he was there for a few days visiting with his lover and secret child. In the end, it’s nice to learn the end, or the other side of a story that I reported.

A month later, The National Enquirer– tipped off by someone–found Edwards in the hotel and trapped him in a public bathroom.They didn’t know  then that he’d already been with Hunter and the baby a month earlier.