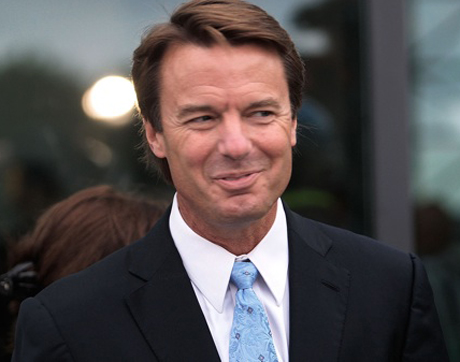 Rielle Hunter’s hatred of Elizabeth Edwards is going to come out now, according to reports about Hunter’s book, “What Really Happened.” I told you about this a few weeks ago. Despite the fact that Elizabeth was dying of cancer, Hunter was out to “kill” her faster. She had no respect for the woman the rest of the country idolized. Every time Elizabeth reacted badly to Hunter’s movements, Hunter–not exactly full of grace– was ready for a put down.

Back in 2008-2009, I was in regular contact with Hunter’s close associate. These people did not care one iota that Elizabeth Edwards was sick and dying. Or that she was married. Here are just two emails I received:

May 5, 2009
Stand down, my friend. Now is not the time for ri to speak. There are some other things at play right now. But it will give EE some time to spread some more lies, making it all the more interesting when [Rielle] finally talks. Looking forward to watching her hang herself…

September 18, 2009
Rielle told me she  [Elizabeth] was out speaking again. What the hell for? What is she speaking about and who the hell cares??

Did you ever follow up with those people she fired? I bet andrew young would talk off the record about what a freak job she is…

During my many conversations with Hunter’s friends, one thing stood out: she didn’t care about Elizabeth Edwards. The fact that she was dying was an inconvenience. Elizabeth Edwards, to her credit, defended herself by turning out a book called “Resilience” in her dying days. This only infuriated Hunter more. What’s loony and sad is, that no matter how old Bunny Mellon was, it shows what her character was that apparently she didn’t care what happened to Elizabeth Edwards either. I don’t care if you’re 20, 30, 90, or 100. That’s just cruel.

Who will finish off John Edwards first? The mistress who says she was lied to, or the network that was lied to. It’s a race this week as ABC News prepares a 20/20 interview for Friday with Rielle Hunter. No traditional book publisher would take her memoir/expose, but a regular news org is happy to let her say what she wants. ABC News is going to let Hunter hang herself on her own petard, and destroy what’s left of John Edwards. And why not? Edwards baldly lied to Bob Woodruff in 2008 about his affair with Hunter and fathering her baby. ABC News has a realistic grudge. Chris Cuomo can have a ball with this one.