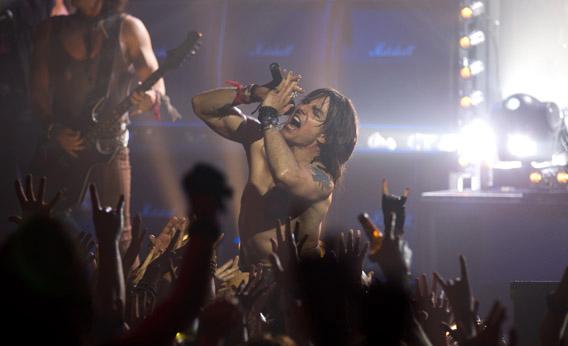 This is a shock: boxofficemojo.com is reporting that Tom Cruise’s “Rock of Ages” took in much less than thought. The original number was set at $15,060,000. But the real number is $14,437,269 million, considerably less than the already embarrassing total. On the contrary, Adam Sandler’s awful “That’s My Boy” did slightly better than thought. Instead of $13 million, Sandler came in at $13.5 million–a little better at least. Both of these movies are flops, however. But just the idea that Cruise couldn’t cross that $15 million line is a little frightening. It means audiences really rejected the whole idea of him prancing around like Axl Rose or Brett Michaels. Cruise spends $14 million like it was pocket change. “Rock of Ages” certainly cost $100 million all-in. Warner Bros. is going to have put this some accounting ledger where no one notices what happened.