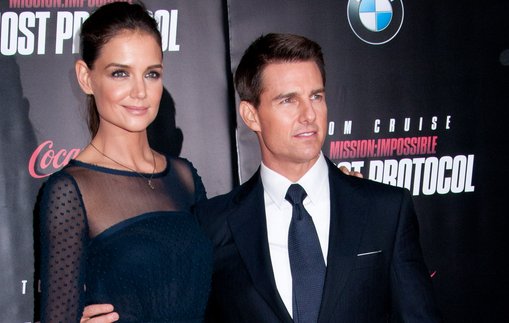 The numbers aren’t in yet, and Saturday and Sunday haven’t actually occurred in real time. But predictions are not good for Tom Cruise’s weekend box office in “Rock of Ages.” Right now the low is $15.5 million and the high is $20 million. After all the promotion, that’s not good. “Rock of Ages” is certain to finish fourth for the weekend totally. But for a Cruise movie it indicates a trend. It could be that without “Mission Impossible” or another action franchise behind him, Cruise cannot really “open” a movie. His last two non-sequel, non-franchise films opened in the $21-$20 million bracket–“Valkyrie” and “Knight & Day.” Neither of them went on to crack anything near $100 million. “Rock of Ages,” a not very good, sort of kitschy movie, got middling reviews. Cruise got the best notices of anyone, but that was more for his courage to try anything than the actual performance. Of course, at this point, if he only did action films or more “Mission Impossible” sequels, he’d be fine. He’s already a zillionaire. But it doesn’t look like “Rock of Ages” is going to be much of a help to Cruise’s post-Oprah couch jumping career. I still say, if he could find anything like another “Jerry Maguire,” he’d be back in a minute.