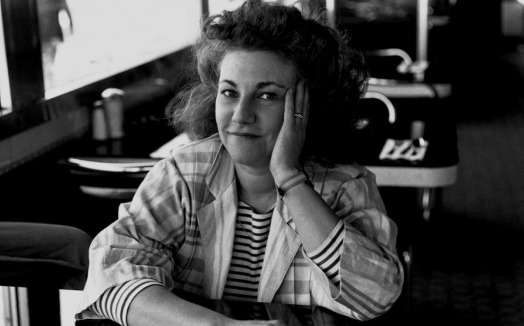 Every year we celebrate the birthday of Laurie Colwin, the great writer who died unexpectedly on Oct 24, 1992. Laurie was just 48, but she left behind a beautiful daughter and a collection of novels, short stories, and humorous pieces about cooking that are all still in print. They include “Happy All the Time,” “Family Happiness,” “Another Marvelous Thing,” “HomeCooking” and “More Home Cooking.” I was Laurie’s paperback book publicist at Ballantine/Fawcett in 1983, when “Family Happiness” was issued with a romance cover. (It had been a highly praised Knopf novel.) The paperback people didn’t know what they were doing, or who Laurie was, that she was a favorite at the New Yorker. Also, as a young editor at Dutton, she’d discovered and published Fran Lebowitz’s “Metropolitan Life.” She’d also worked for Charles Schulz for a time. Go right now to amazon or IBooks–things Laurie would not tolerate–or a real book store, and just pick up her stuff. It will make smile wildly, and then feel very sad because there was so much more she had to write.

Will Smith’s Book, “Will,” Didn’t Sell Close to 1 Million Copies Despite His Exuberant Claims All Year