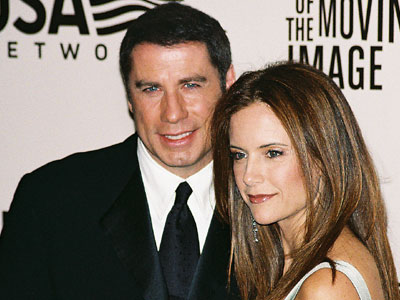 Despite the fact that he’s under supermarket tabloid siege, John Travolta made a public appearance last night. He turned up at the AFI tribute to Shirley MacLaine. According to various reports, he skipped the red carpet and didn’t even sit in the audience. But when it was his turn he got up and spoke about MacLaine. He even reminisced about a talk he once had with MacLaine’s brother, Warren Beatty, about his sister. Travolta was pretty brave to fulfill his promise to toast MacLaine. A couple of different masseuses are suing Travolta, and more are coming out of the woodwork to make accusations against Travolta over his behavior. Travolta’s lawyer Martin Singer is vigorously denying all of it. But one thing’s for sure: the rumors are the last nails in the “Gotti” movie, which will not likely never be made.