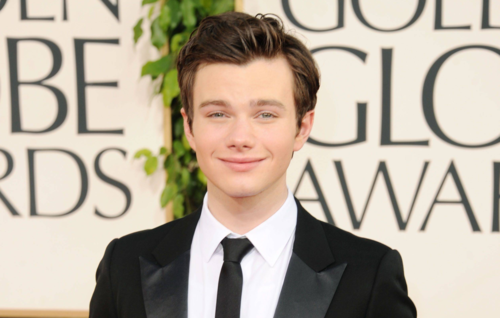 You may know Chris Colfer from “Glee.” He’s just turned 22, and he’s threatening to become the next James Franco. The terrific film he wrote and starred in, “Struck by Lightning.” has been sold, I’m told, to Tribeca Films, Robert DeNiro and Jane Rosenthal’s company. This very mordant comedy hits every note just right, in the same vein as “Juno,” “Little Miss Sunshine” or “Napoleon Dynamite.”

The word is that Tribeca will release it in mid -December. Colfer, who has to return to “Glee” soon, is keeping busy sort of 24/7. He’s written a horror film he hopes to shoot next winter in Louisiana. “We were going to shoot it in August,” he told me at People magazine’s swanky party for the BEA Book convention last night at the Top of the Standard.

“Then we realized there’s no snow in Louisiana now.” Whoops! So Colfer will keep busy promoting his new book, “The Land of Stories: The Wishing Spell,” the first part of a trilogy for teens, which Little Brown for Young Readers publishes on July 17th.

And yes, he is just 22 (on May 27th). This Colfer kid is a keeper. More projects are coming. And what about “Glee”? He told me the actors don’t know exactly what’s happening until they get their first scripts. But Colfer’s character graduated from high school, so now he and the other grads will head to New York as “Glee” becomes a show within a show.