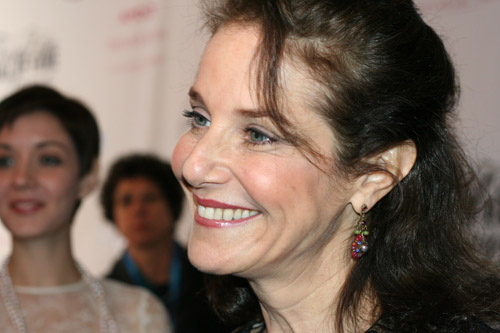 Debra Winger is going to make her Broadway debut this fall. She’s signed on to a David Mamet two hander (that’s two actors) called “The Anarchist.” Broadway legend Patti Lupone is her co-star. Winger, once one of the most in demand actresses in movies, sort of took herself out of the business and slowed down her trajectory around 20 years ago. After hits like “An Officer and a Gentleman,” “Urban Cowboy,” and “Terms of Endearment,” Winger just cooled it. Every once in a while she turns up in something. but it’s a rarity. In 2010 she had a recurring role in HBO’s “In Treatment.” She’s also featured in “Lola Versus” with new star Greta Gerwig. A few years ago, when I interviewed her about not working, Winger said, “I don’t think I’ve missed anything.” She’s going to be just great on Broadway. “The Anarchist” will be a hot, hot ticket.