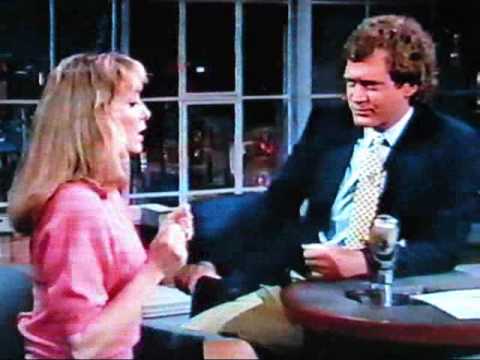 If you’re a little too young, you may not know who Teri Garr is. She was the star of “Mr. Mom” with Michael Keaton. She was David Letterman’s favorite and constant guest when he had his NBC show. Garr was also in countless movie and TV shows until she was diagnosed with Multiple Sclerosis. She was cute and funny, and she still is. Last week Teri was honored for her work on MS by Nancy Davis at the 19th annual ‘Glam Rock to Erase MS,’ in Century City.

Our LEAH SYDNEY reports that, “The indefatigable Nancy Davis (daughter of Barbara and the mogul Marvin Davis)  hosted the event. Nancy is a survivor and advocate of Multiple Sclerosis, and has worked tirelessly to find a cure for MS.  Her Nancy Davis Foundation has raised upwards of $24 million. Nancy spoke and then introduced Teri Garr, who was honored for her work on MS which she has.

Before Teri spoke, a taped tribute was shown where David Letterman quipped, “Teri was one of the first people to our show when no one would come on cause no one liked us. ”  Normally reserved David then said a heartfelt, “Teri, I just love you.”

Buck Henry echoed that sentiment and told her, “Teri, I’ve been in love with you for 50 years.”  Teri then came to the stage and called MS, “this scum sucking pig of a disease. I hope the doctors will change everything and make it better for me…they will won’t they?”  To which the enthusiastic audience shouted….”yes!”

That exuberance lasted throughout the night as Fitz And The Tantrums, The Tenors, David Cook and Stevie Wonder played.  Stevie told the crowd, “Nancy asked me a year ago to play and I promised I would.  You all know, you don’t say no to Nancy!”  Stevie played ‘Higher Ground,’ ‘Isn’t She Lovely,’ and more.   The event raised $1.8 million.