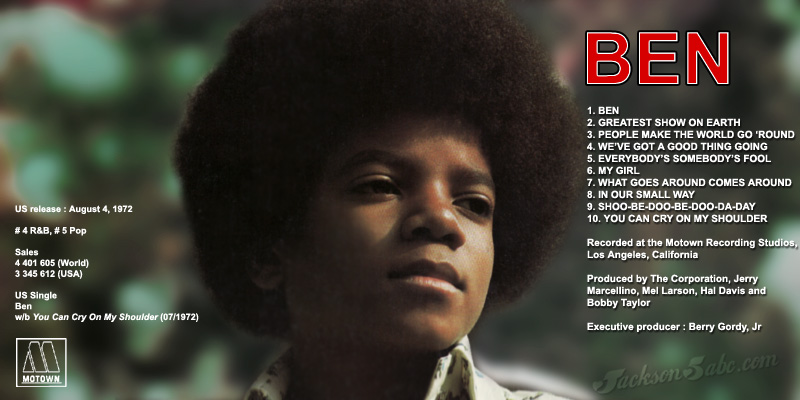 If you thought Madonna had a problem with Lady Gaga’s “Born this Way,” wait til you hear this: Justin Bieber’s new song, “Die in Your Arms,” is really just a remake of an old Michael Jackson from his “Ben” album. Bieber’s “Die” does concede that his song is “sampled” from Jackson’s 1971 recording”We’ve Got a Good Thing.” That song was written by Berry Gordy’s writers at Motown- known as The Corporation-and they are all listed on the track as coauthors of “Die”: Berry Gordy, Alphonso Mizell, Frederick J. Perren, Deke Richards & Herb Rooney.

But there other writing credits on “Die.” They are all listed as the new “adapters” of the song–  Justin Bieber, Rodney Jerkins, Dennis Jenkins, Travis Sayles, Thomas Lumpkins, Kelly Lumpkins.

In fact, one listen and it’s pretty clear that “Die” and “Good Thing” are very close siblings.

It’s not like this is new. Since hip hop and rap began, producers have searched for obscure R&B hits to remodel into their own royalty stream. Beyonce’s “Crazy in Love” was really “Are You My Woman?” by the Chi Lites. Alicia Keys took quite a bit of “Empire State of Mind” from the Moments’ “Love on A Two Way Street.” She also borrowed much more heavily from The Main Ingredient for “You Don’t Know My Name.  Mariah Carey’s “Emotions” was an exact rip off of The Emotions’ “Best of My Love.” And her “Fantasy” was a remake of the Tom Tom Club’s “Genius of Love.” More recently, Coldplay had to own up that “Viva la Vida” was based on a Joe Satriani instrumental called “If I Could Fly.”http://www.youtube.com/watch?v=UvB9Pj9Znsw

But this time. getting the sample wouldn’t have been too hard for Bieb’s peeps. Bieber records at Universal Music Group, which owns the old Motown catalog. All they had to do was clear it with Jobete Music, the publishing company Gordy sold for a pittance long ago. Let’s hope The Corporation writers really get paid well for this. They deserve it.