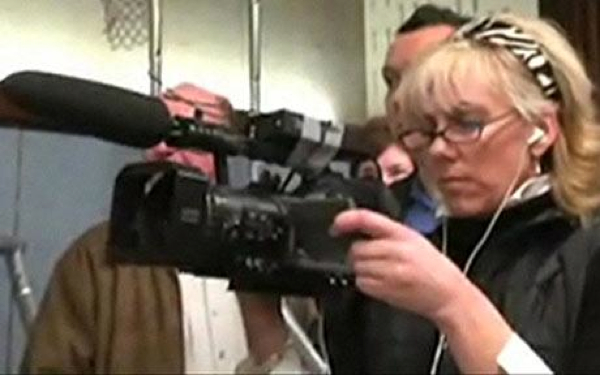 No grass grows under the feet of Rielle Hunter, aka Lisa Druck. I posited yesterday: which of these two, Hunter or John Edwards, would have had a book contract. It turns out — according to People–Hunter has had hers for some time. Her book, called “What Really Happened” (haha–at least according to her) will hit bookstores late this month. Her publisher tells me Hunter sold the book to them around nine months ago.Hunter waited to announce it until Edwards’s trial was over.

Most interesting is that the publisher is the smallish BenBella Books of Dallas, Texas. Hunter will be their most infamous author by far.

BenBella’s owner, Glenn Yeffeth. tells me the book was sent to him by a New York agent. And there’s no ghost writer. “She wrote it herself,” says Yeffeth. He declined to say how much the advance was, or reveal any of the book’s contents.

BenBella from its website is  a small, regional publisher, with a few hits under its belt but nothing scandal-wise to match Rieller Hunter’s march to infamy. This begs the question: could Rielle not get a major New York publisher to put this thing out? That would seem to the case. Now I’m guessing that Cate Edwards, the eldest child of Elizabeth and John, will looking for a publisher to counter all this.

More on this as it develops…As for People getting the exclusive announcement, I’d wager that they’ve got first syndication rights, too. PS I’ve taken down a photo of Hunter and her daughter Quinn from the baby’s first birthday. A friend of Hunter’s gave me the picture four years ago, and it was used on Foxnews.com. It may still be around on the internet. But it was unimportant to the story at hand. 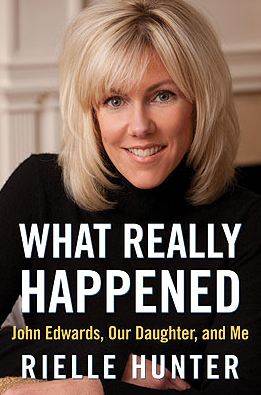