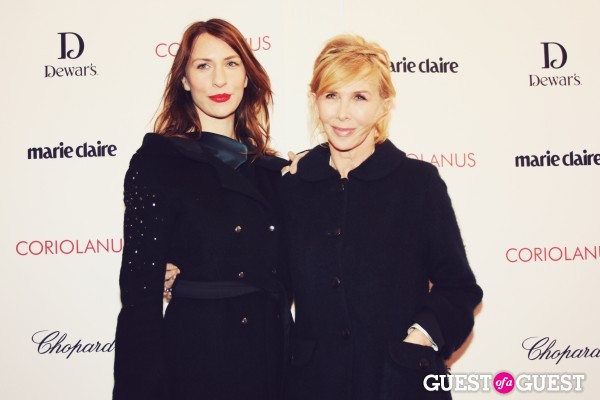 You can catch one more performance tonight, Saturday, at 45 Bleecker Street Theatre of Chekhov’s “The Seagull” as adapted by famed British director Max Stafford-Clark. It’s really a master class that’s been going on as open rehearsals for the last couple of weeks. Last night, and tonight, are the only set performances for now. Stafford Clark and playwright Thomas Kilroy have revived a 30 year old adaptation of “The Seagull” set in Ireland instead of Russia. It was acclaimed then and it still works beautifully.

Last night, Alan Rickman–who’d been in the original production–was in the audience, along with Sting, who came to see wife Trudie Styler and daughter Mickey Sumner–a very hot, up and coming serious actress–play major roles. (He brought Trudie roses, of course.) This production is done as a staged reading, but it is never boring. On the contrary, the casting is so perfect, and Stafford-Clark has waved a magic wand. Even in this early version, theatre fanatics will be sorry to miss tonight’s show. It’s simply mesmerizing. It’s not just Styler and Sumner, but a strong cast that delivers without missing a beat.

Rickman was very pleased, and raved about Mickey Sumner. (She’s the real thing.) Styler, a classically trained actress (among many other multi-tasking successes) gives a textured and moving performance. Everyone else is top notch, from Rufus Collins to Slate Holmgren, Stella Feehily, and Katie Kirby.

PS Sting and Trudie became grandparents this week–Sting’s singer son, Joe Sumner, from his first marriage to Frances Tomelty, welcomed a baby daughter. His wife, Kate, gave birth to a beautiful daughter named Juliette. The Sumner clan is headed west on Sunday to see the brand new baby and give congrats to the parents.