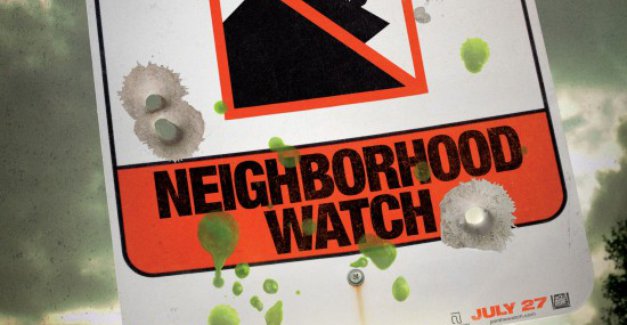 I wrote on Forbes.com back on March 26th that Fox might have trouble releasing “Neighborhood Watch.” That’s the film in which Ben Stiller, Vince Vaughn and Jonah Hill, wearing motorcycle jackets with the movie’s logo, are suburban vigilantes. In the trailer, they terrorize a local teen. Children and the black postal worker on the beat are clearly afraid of them. Menacing rap music plays on the soundtrack. The next day, Fox said it was pulling its ads and marketing, but keeping the July 27th release date. I wrote that none of this seemed feasible given the Trayvon Martin-George Zimmerman shooting in Florida. On the imdb.com message boards, fans are voicing the same opinion. The Drudge Report featured our story prominently. Today, the New York Times picked up our story without bothering to credit where it all came from. But imitation is the sincerest form of flattery, or whatever. Anyway, my guess is that Fox will have to postpone the release.