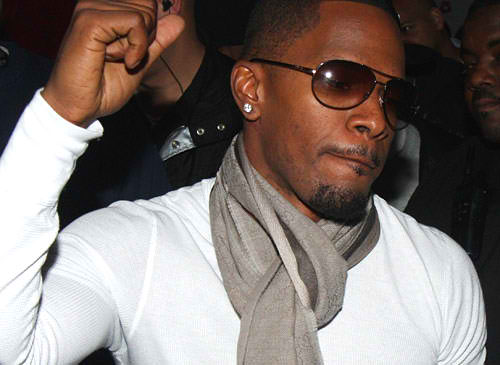 We also have reports at www.forbes.com. But our LEAH SYDNEY took notes as the Grammy party progressed last with a heavy heart.

There was a small red carpet..I did not see anyone do it.  At the Beverly Hilton where she died, beyond crowded and mayhem in the lobby.  Apparently around at 11:30 as the party was going on, her body was removed from the hotel. When I got there. Whitney was not supposed to sing at this party-but she was supposed to attend.  Menu..green salad-appetizer-bread on table.  Chicken stuffed..asparagus and tomatoes and scalloped potatoes. I saw that Kim Kardashian  and Serena Williams each had red wine with their were meals.  Chocolate mousse cake for desert.

Kathy Griffin was excited to meet Carole King, told her how much she loved her…then Jane Fonda came into it-making it a trio.  Kathy seemed a bit overwhelmed and was quiet.  This being Hollywood, everyone was schmoozing.  Rita Wilson went up to Gladys Knight, hugged her and told her what a true fan she was of her, while Tom Hanks beamed , then he did the same thing.  Quincy was at the table, stood up and said, “I love you two,” to which Tom laughed loudly.  Richard Branson chatting with Quincy.  Sean Puffy Combs being lovely to everyone..people just being gentle with each other.

At 9:45  Clive Davis, looked distraught as he went on the stage.   The room became eerily quiet.  The whole night was imbued from the beginning with sadness. Clive said, “I was devastated, for our beloved Whitney, I have a heavy heart and am personally devastated by the loss of someone who meant so much to me.  She was so full of life and looking forward to tonight.  She loved this night that celebrates music.  My heart goes out to her daughter , mother and family.  I cherished her spirit and she was a beautiful person. She graced the stage with her regal presence. She had talent beyond compare.  She would have wanted the music to go on and her family asked that it does.”  Then Clive asked for a moment of silence  for about a minute, which was done.  “I dedicate this night to Whitney Houston.  Now let the music begin!”

Tony Bennett came on stage and immediate asked every “man and woman in this audience to please pressure the government to legalize drugs like they do in Amsterdam. It’s the sane thing to do.  First it was Michael Jackson, then Amy Winehouse, now the magnificent Whitney Houston.  I’d like every person in this room to campaign to legalize drugs.  No one will be hiding in or sneaking around corners to get it.  Gangsters won’t be selling it under a table.  They go to a doctor to get it and also get the treatment they need.  We need sanity with this.” Bennett then said, “This is a song Frank Sinatra asked me to sing,” Bennett told the crowd. “I’d like to dedicate it to Whitney. When I first heard her, I called Clive Davis and said, ‘You finally found the greatest singer I’ve ever heard in my life.'”  After he sang, he put his arms up in the air, looked up to the ceiling and shouted “Whitney!”  Very emotional he was.  The song was Alan and Marilyn Bergman’s “How Do You Keep the Music Playing?”

Clive played clips from past shows while they changed bands for each singer.  He also introduced many of the VIPS in the audience.

Alicia Keys then played next. Of all the performers, she was the most heartfelt, sad, reflective and celebrating Whitney. She hit all the right notes, she was the most appropriate.  The best of them all. As she tinkled the piano, she mused, “Beautiful energy in this room.  So special.  So many things. You feel sad when you lost someone you love.  You think back on how they’ve touched your life.  Whitney was my sister.  This incredible beautiful woman. ‘  She then went on to imitate her singing, “I Want to Dance With Somebody.”  Alicia continued, “ She was my barometer on what I hoped and wished for.  Then I met her for the first time and she became my sister.  Who would have thought? She came to visit me in some city, she knew I was pregnant before I told anybody.  She helped my dreams come true.  Ten years ago I was on the stage at Clive’s party for the first time. It’s a blessing to be here and to feel all this love.  We have got to remember to love each other because nothing else matters..  Just love somebody, that’s what Whitney was all about.”   Alicia then went on to play a bit of Billy Joel’s “New York State of Mind”…leading into her hit song “Empire State of Mind.” She then said, “Whitney is over my shoulder now saying, come on get with it, “  Then Alicia sang “No One.”

The Grammy head Neil Portnow then came out and said, “you could tell, even back then, that Whitney would become the star of all stars.”

Then Sean Puffy Combs gave a heartfelt tribute to her, saying, “we see each other here and give each other the respect ..because as you can see, tomorrow is not promised.  Clive is one of the most kindest and beautiful people I know.  Whenever you saw Whitney, she always hit you with that beautiful smile and energy, she gave you a Grandma hug..with real love.  She had a natural positive spirit.  If we truly believe in God then we should celebrate her life tonight.. Simply put, she had the greatest voice in the world. She was a gift from God .  If it wasn’t for Clive, we might never have known this miracle.  Today we just didn’t lose an artist, we lost an angel.  She always performed 5000 percent.  She wasn’t a hater, but a congratulator.  When I found out,  I went into a state of shock. Clive always stood by her side.  Even in her darkest hour.  We honor her.  So lets turn this mood around, and Clive is probably one of the few people in this world who could throw a party better than me.  This is the hottest ticket in town, and you are one of the chosen tonight, Lets give her the respect she deserves.  She wouldn’t want us to be somber. There will be time for that.  So a rule of Clive’s party-no industry stiffness allowed! “

Then Sean made everyone stand for Clive.  Clive then came back and introduced Ray Davies from the Kinks.  Ray first sang, “All Day and All of the Night.” Then Jackson Browne and Elvis Costello joined him for “Days.”. When Ray sang “Lola,” everyone did L-0-l-a..LOLA.   He finished with “You Really Got Me.”

Sean Combs sat at the table at the end ..So Sean first, then Brittney’s table, then Kim /Serena’s, LA Reid.

Miranda Lambert then came, talked about Whitney, sang The House that Built Me, as hubby The Voice’s Blake Shelton, taped her from audience.

Jane Fonda then gave an award to Richard Branson…he acknowledged Whitney.  Branson then told the crowd “most people are circumcised when they are born.  I was at 21.  The next day I watched Barberella.  I almost split my stitches.”  To uproarious laughter from the crowd.

Then Clive came back, told the crowd that “Whitney and I just spent this past Tuesday together at my home here,”  Clive’s home being the Beverly Hills Hotel-where he’s been staying for decades. Then he introduced Wiz Khalifa.

Then  Pitbull with Ne Yo.

At the end Jaime Foxx, went into the crowd, singing “Ain’t No Mountain High Enough,”  went to Diana Ross’s table.  She got up, started to sing, then went to a chair , went up on that in front of Alicia, then on stage.  The night ended with her singing that, and Clive coming out-kissing her and saying good night everybody.  She didn’t acknowledge Whitney.

A note from RF: Had the tragedy not occurred, this would have been considered one of the greatest parties and shows in Grammy history. The fact that it came off after all was some kind of miracle. It was simply too late to cancel it.