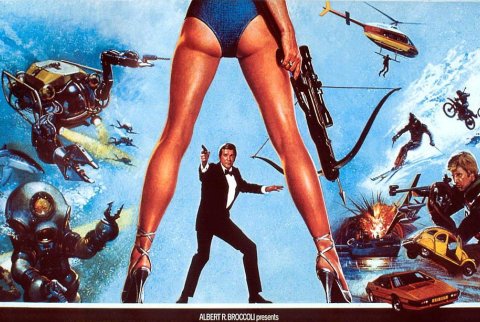 Just in case the Hollywood Reporter still doesn’t get it, those French ads for “Les Infideles” were a parody of the ads for “For Your Eyes Only.” The James Bond film of the 1980s featured Roger Moore positioned beneath a female assassin’s legs. Here’s one of the posters that was not very scandalous then and isn’t very scandalous then. By the way, I’m told that “Les Infideles” is a harmless set of short films in which the men who think they’re getting away with cheating, don’t. The women wind up triumphing. It’s hardly misogynistic. It’s considered a date night movie a la “Love American Style.” And Jean DuJardin is said to be quite charming in it. What a surprise. Quel suprise!