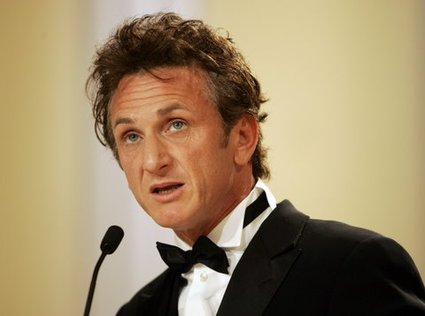 Are you getting ready for the Critics Choice Awards? That’s Thursday on VH-1 at 8pm Eastern. The group just announced it’s giving Sean Penn their Joel Siegel Humanitarian Award for his work in Haiti. As I reported earlier, George Clooney is presenting the award. Clooney is also nominated for a slew of awards that night, for “Ides of March” and “The Descendants.” Every big movie star of this season is coming to the Critics Choice, the first broadcast awards show of the season. Critics Choice is composed of actual working writers, reporters, and correspondents who cover the film industry, as opposed to this Wednesday’s National Board of Review–a self congratulatory group of fans who pay membership fees to see the movies and to put on a fancy dinner. As for Penn, he has worked hard in Haiti and made a difference with his organization.